In other Indian states, the primacy of linguistic majority is inviolable. Assam, battered by the human weight of Partition and repeated waves thereafter, has sought it in vain. 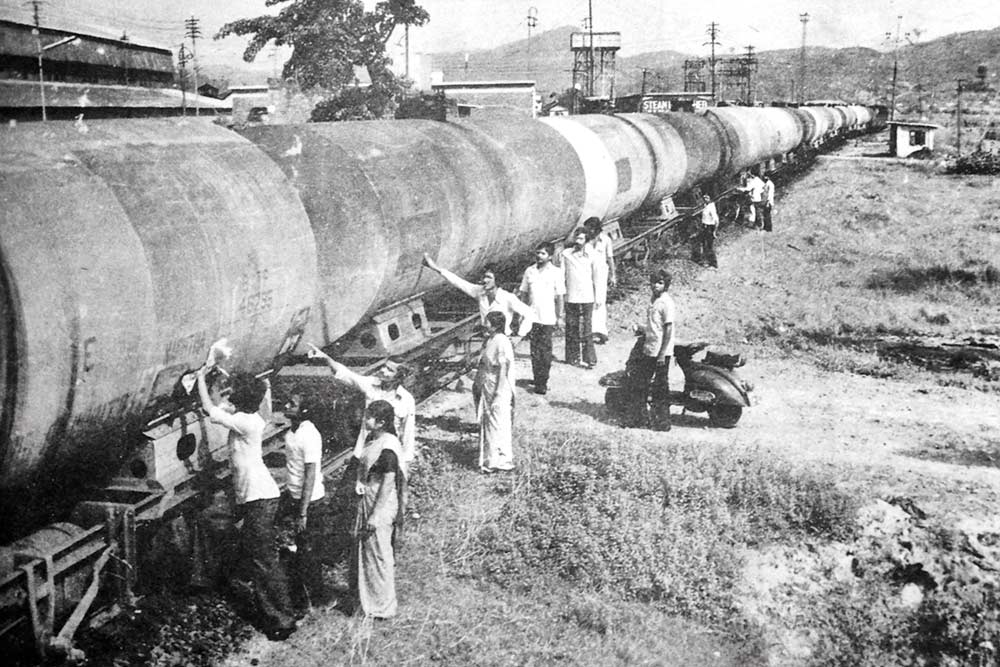 Throwback
Oil tankers halted by students during the Assam agitation
Photos: AASU Archives
Rituparna Kakoty December 19, 2019 00:00 IST The Birth Of Politics And The Politics Of Birth In Assam Is Complex

Happy hours have been short and bittersweet in Assam’s history in the years immediately before Independence and thereafter. Plans were afoot to sever the umbilical cord—Assam would go to East Pakistan. It took the pursuance of the Assamese leader­ship as well as Gan­dhiji’s intervention to keep the state within the Indian Union when the international lines of Partition were charted on a religious template. Later, internal borders were reshaped on the basis of language—Maharashtra for Marathi, Karnataka for Kannada, West Bengal for Bengali, Assam for Assamese….

Assam—much fatter, with Meghalaya and Mizoram not born yet—was a complicated mix. Assorted groups having distinct ethnic languages, customs and identities lived there, as they do now. Throw into this melange the natives of Surma Valley, aka Barak, who were inserted into Assam as the Partition rubric demanded this landmass with mostly Bengali-speaking Hindu inhabitants be kept off Muslim-majority East Pakistan. And fusing this area with West Bengal was a geographical...