Bihar done. Bengal and Assam next. The saffron rath rolls on. 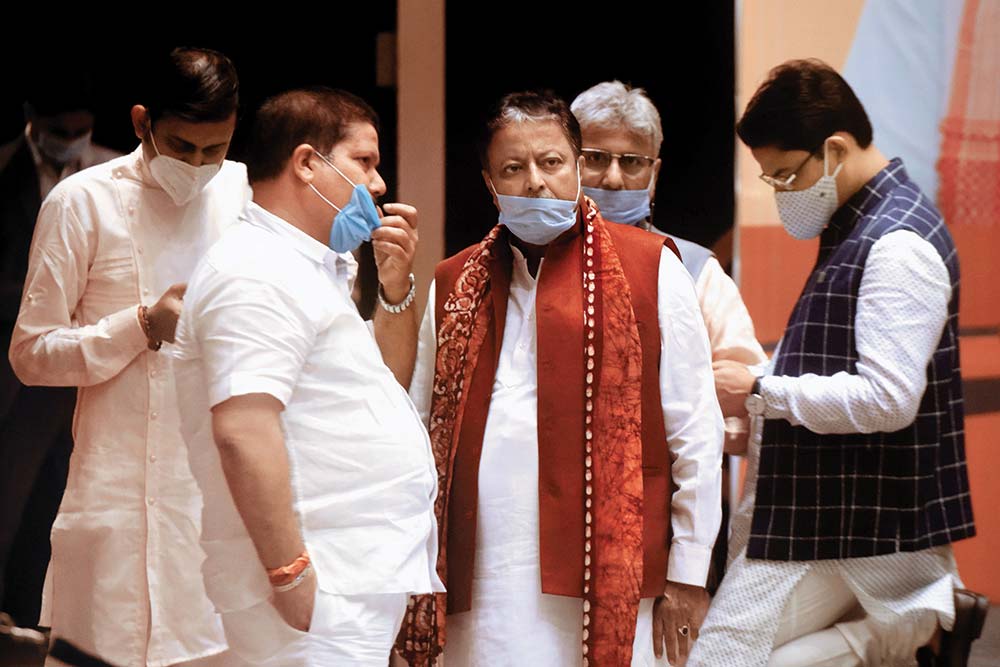 For the all-conquering war machine of the BJP, no election is too small. No battle too big. From forthcoming assembly polls in Bengal, Assam, Tamil Nadu, Kerala and Pondicherry to elections to the Greater Hyderabad Municipal Corporation (GHMC), the party has set sights on winning them all.  One election at a time.

And so it was no surprise when the BJP assigned a leader as senior as national general secretary Bhupender Yadav to strategise on the GHMC, turning it into a big-ticket election. For the BJP—upbeat after winning the Dubbaka bypoll in Telangana—capturing the Hyderabad metropolitan agency would allow it to establish a base not just in the state but also spread its wings in Andhra Pradesh. It is the 74 lakh electorate of GHMC that the BJP is targeting with its youth wing leader Tejasvi Surya referring to Hyderabad as Bhagyanagar, marking the stirrings of polarisation in the city with a sizeable Muslim population.