Friends From Afar: Meet The Army Of BJP's NRI Supporters

In election season, hundreds of NRIs descend on India to push for Modi’s second term 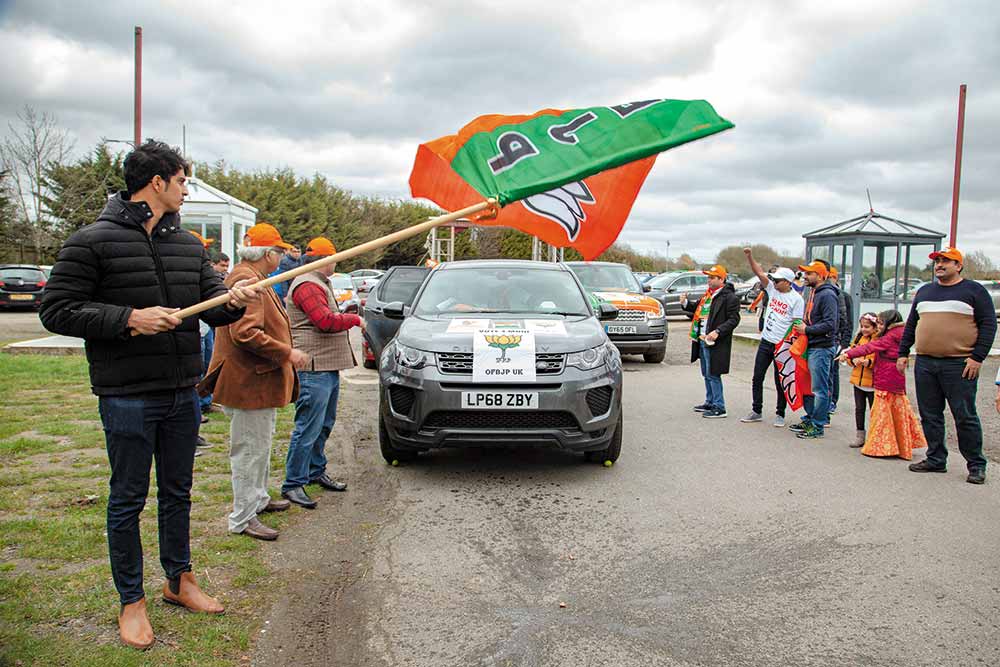 London-based software professional Santosh Gupta has taken a six-month break from his hectic work schedule—he is on a mission to secure a second term for Prime Minister Narendra Modi. Ramesh Shah, 70, is also in India on the same mission, but separately. Both Gupta and Shah are part of the Overseas Friends of BJP (OFBJP), the ruling party’s foreign cell that has 25 chapters across the world. With just weeks to go for the first phase of the general elections, hundreds of such BJP supporters are campaigning in India or from abroad­—overseas warriors of the BJP’s vast army of supporters in the battle of ballots.

Gupta and his 30-member team are in India since November; they are among 300 professionals from the UK chapter in India. Last week, Gupta’s team visited a number of colleges and met with students in Bangalore, Mumbai, Delhi and Pune. He is content with the positive feedback they are receiving, except from students of Jawaharlal Nehru University.