BJP Could Be Losing Allies In Northeast Over Citizenship Bill

Citizenship Bill could turn out to be the biggest mistake of the BJP trying to play its Hindutva cards in the Northeast. 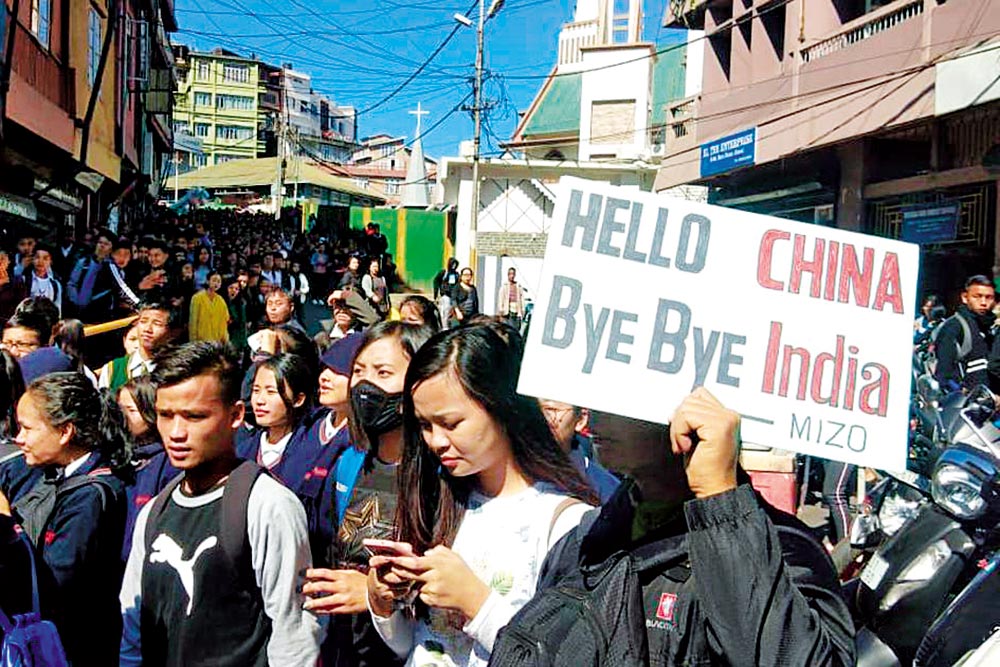 Look East
Protesters at a Mizoram rally against the citizenship bill

On a sunny but chilly January morning, two days before Repu­blic Day, thousands of people rallied across Mizoram in protest against the contentious citizenship (amendment) bill. Many of the protesters were carrying placards and banners that read, “Bye bye India. Hello China”. It was a radical statement by all accounts, a threat to sece­de from India. It’s the kind of statement issued by militant groups of the Northeast, not by the common man. Then again, this is not a common bill either. And this has brought together the people and political parties of the region against a common enemy—the “illegal immigrant”­­—leaving the BJP fighting growing alienation in a corner of the country it had found acce­ptance for the first time.

The biggest setback for the BJP could be losing its allies in the region, which is crucial for the party in this summer’s Lok Sabha elections. After losing assembly turf in the Hindi heartland, the BJP is hoping to win as many of the 25 Lok Sabha seats in the NE to make up for any...