The Shiv Sena chief dares the Centre to bring down his government. Will BJP pick up the gauntlet from a former ally? 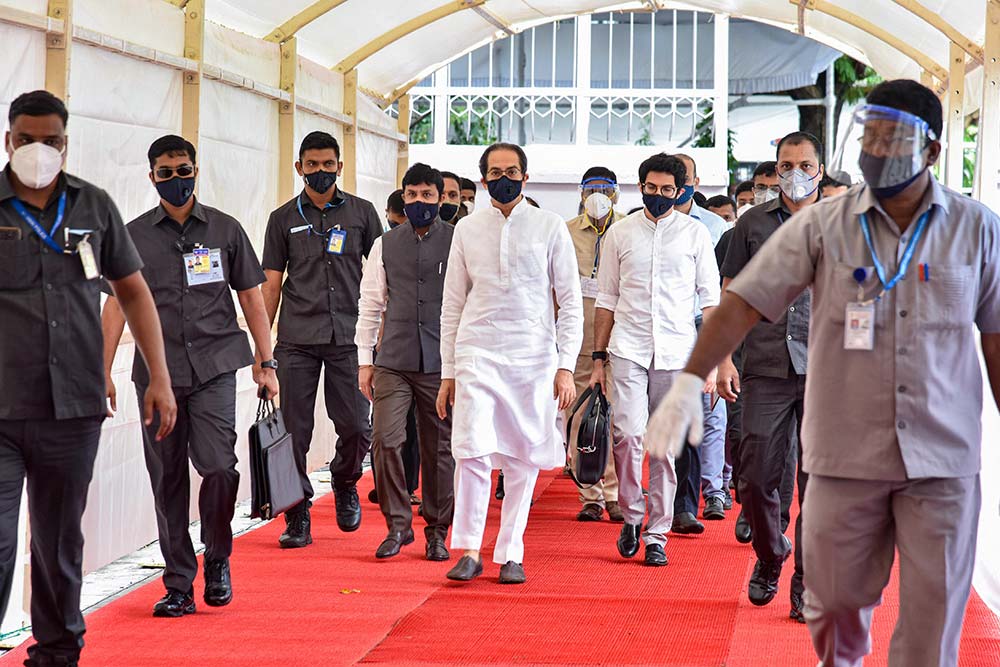 Dussehra saw an uncharacteristically combative Uddhav Thackeray launching a blistering attack on the BJP-led regime at the Centre, daring it to topple his government in Maharashtra. “Since the day I became CM, I have been hearing different dates as to when my ­government will fall. It hasn’t happened so far. If you have the courage, then go ahead and do it,” challenged Thackeray, who will complete one year as chief minister, heading the ­Maharashtra Vikas Aghadi (MVA) government, formed in alliance with the NCP and the Congress.

It was not an impulsive outburst by the beleaguered chief minister, but a rather well thought-out reprisal. He said those words at the Shiv Sena’s traditional Dussehra Melava at Mumbai’s iconic Shivaji Park. It was a message not just to the BJP, the opposition party in Maharashtra, but also to thousands of Shiv Sainiks. And it meant he wouldn’t take the attack lying down.

Usually known to be mild-mannered, Thackeray’s ­no-holds-barred offensive came a year after being ­constantly...