Will Sabarimala Give BJP Key To Kerala?

The BJP didn’t win any Lok Sabha seat in 2014 in Kerala. But its leaders are hopeful of a turnaround this year as the party has increased its vote share from seven per cent in 2009 to around 11 per cent in 2014. 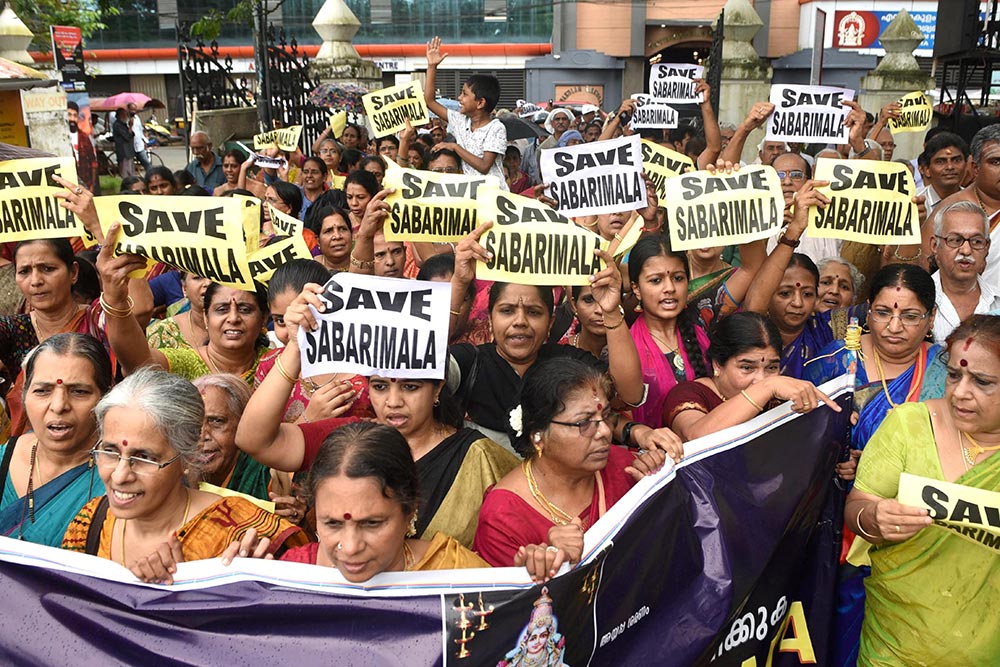 In The Lord’s Name
The BJP wants to cash in on the Sabarimala protests
Photograph by PTI
Preetha Nair January 31, 2019 00:00 IST Will Sabarimala Give BJP Key To Kerala?

A temple in the north, another in the south: one is a promise, the other quite promising. The first opened the door for the BJP to stride through the Hindu-Hindi heartland. Now the shrine of Sabarimala gives the party a gap to squeeze into a state where its standing is that of a startup selling a concept that has yet to appeal to a wider Keralan audience whose loyalty has oscillated between communists and Congress for long.

The BJP has its network in this coastal land—a robust RSS machinery, a member in the assembly. But it is beset with factionalism and an absent cohesive structure. It needed an emotive spark. The passion surrounding the temple of Ayyappa provided one. The pitch is perfect now. Sabarimala will be a front around which the battle for the state’s 20 Lok Sabha will be fought this summer. “The CPI(M) mishandled the Sabarimala issue and we will use it to our advantage. We are looking at a couple of seats,” says V. Muraleedharan, a BJP Rajya Sabha member.