They are referred to as ‘wives of ex-militants’. They are women from Pakistan and PoK who married Kashmiri men who had crossed the LoC, and came to Kashmir under a ­muddled rehabilitation policy. And now they are stuck, far from their homes and families. 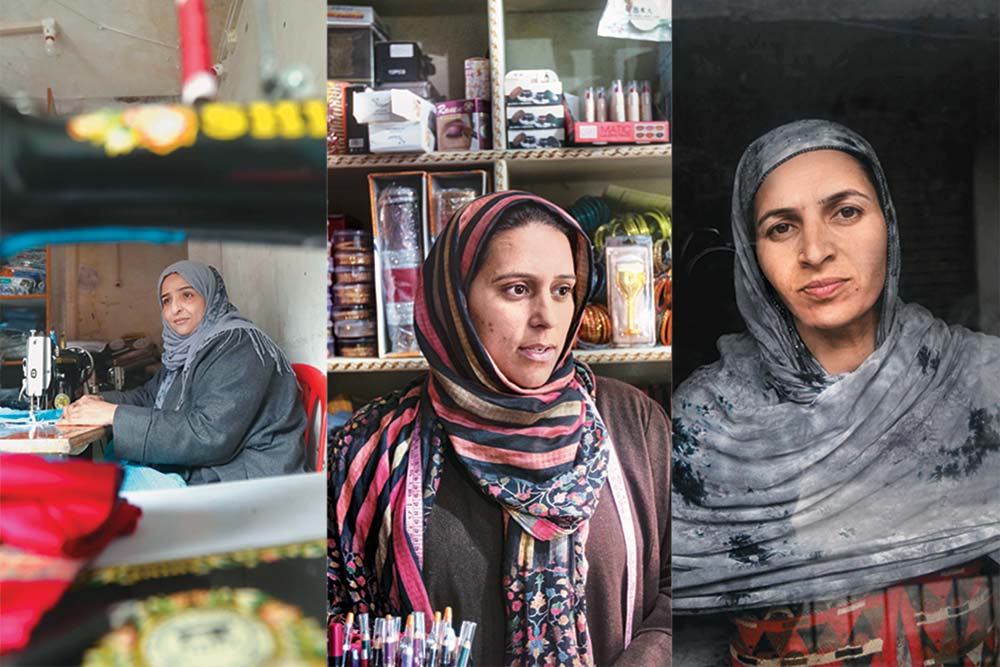 A small lane near the Kupwara bus stand leads to a shopping complex at its dead end, where Bakhtawar Boutique stands out. It is easy to find as all the other ­shopkeepers around the bus stop know its exact location. Bakhtawar Boutique is famous because it is run by Pakistani women.

They came from Pakistan and Pakistan-occupied Kashmir (PoK) along with their husbands under the amnesty scheme of 2010, and got stuck in the Valley. Now, they are now­here people­—the government doesn’t give them citizenship, nor are they allowed to go back to Pakistan or PoK.

Saira Javid, 43, who runs Bakhtawar Boutique, is from Karachi. It was in Pakistan that she ­married Javid Ahmad Dar of Lolab area of Kupwara in 2004. Like hundreds of others from Kashmir, Javid had gone to Pakistan in the 1990s to get arms ­training, but he opted to stay in PoK ins­tead of coming back to the Valley as a ­militant through the LoC. He set up a grocery shop in Muzaffarabad.

Saira doesn’t like to call Javid an ex-militant “Often we are called...