A sense of security as party leader slid in gradually, after Karunanidhi. Meet the transformed Stalin. 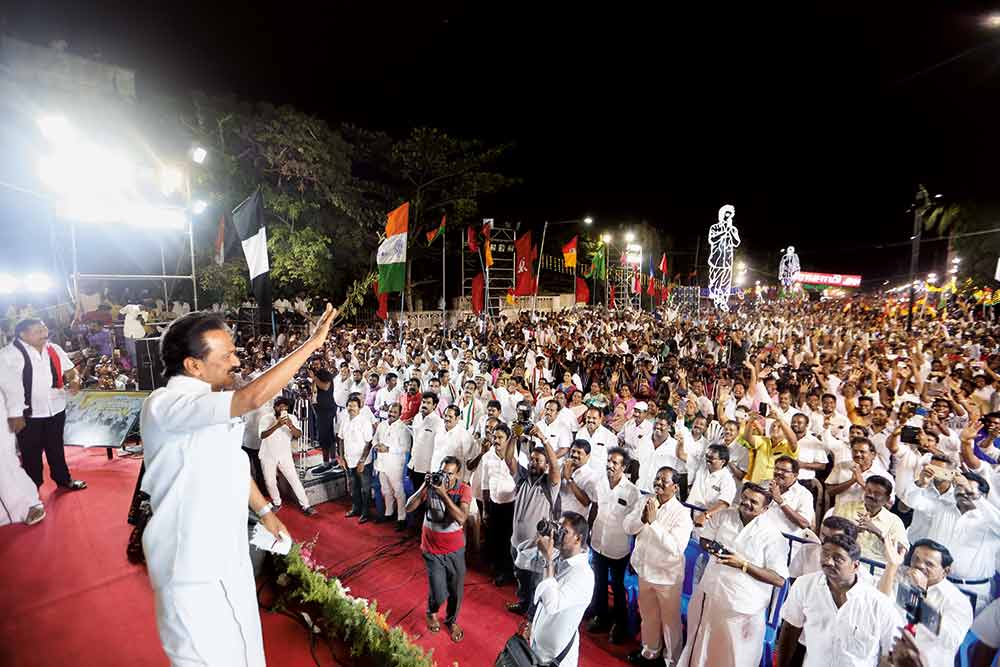 The white campaign van slowed down to a halt at Vaniyambadi—a town famous for its leather industry—amidst a flurry of flags of DMK and its allies. A rousing cheer from the waiting crowd filled the air as M.K. Stalin emerged through the roof top. The first glimpse of the DMK leader in a sparkling white shirt sent the crowd into raptures as shouts of “Thalaiva, Thalapathy” reverberated. He smiled, waved and did a namaste relishing the warm reception.

He then spoke for ten minutes, taking pot shots at the Modi government and the EPS dispensation. “Modi never cared to visit the state after the Gaja cyc­lone. He made you stand for days in front of ATMs after demonetisation, made small industry shut down due to GST and imposed NEET on Tamil Nadu against the people’s wishes. It is time to punish him. We know Modi is a dictator. But what about our chief minister Edappadi? He is an ‘udhavaakarai’ (usel­ess person).” That description of the state’s chief minister had the crowd ­applauding spontaneously. Stalin...