The cohesive farmers’ protests are traduced by the chaotic violence on January 26. But those who led men astray cannot really stand for a truly citizens’ movement. 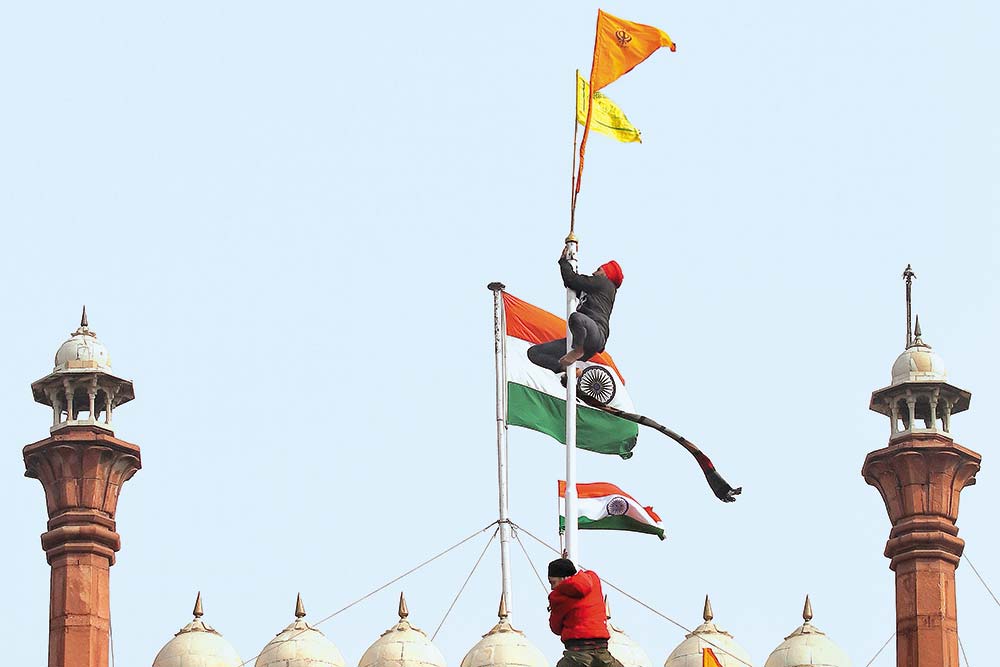 protestors fix flags atop the ramparts
Photograph by Suresh K. Pandey
Bhavna Vij-Aurora, Jayanta Bhattacharya January 29, 2021 00:00 IST Space For All On This Flagpole

Every conflict contains within itself the seeds of its own resolution. To see those affirmative signs, one may only need to amend the framing narrative, and enable it to fulfil its own potential. In this case, it’s about the Republic of India and what it says to itself through symbols and metaphors. India is a country that overthrew the most systematic form of oppressive power known to history—colonialism—without war. By doing so, it took power away from an illegitimate holder and restored it to the people. People are not illegitimate. They are the cells and nerves of this body politic. They are the republic. Once we grant that, we will not be detained by saboteurs, by conspiracy theorists, by centrists or rightists or leftists, by media parakeets or sensation-mongers.

Did the Sikh flag known as Nishan Sahib go up at Red Fort on January 26? Yes. Who put it up? There are stories and stories. Whoever did, it came to have a meaning. Did they displace the Indian flag? No. Is it okay for a religious symbol to be fluttering at a site that has come to be adopted...