Bihar is closed out. The BJP turns its undivided attention to Bengal and other states. 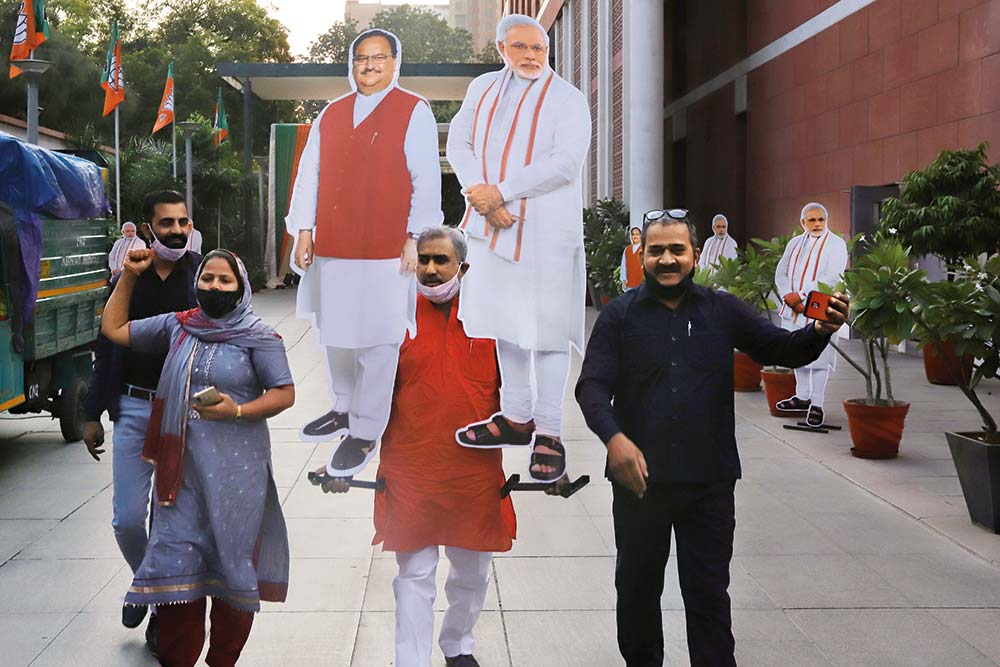 A decade is a long time in pol­­itics. From 2010, when Nitish Kumar was loathe to sharing stage with then Guj­­arat chief minister Narendra Modi, to 2020, when he quickly winded up his speech at a political rally, and told the restless crowd, hands folded, “I know you have come here to listen to aadarniya pradhan mantriji,” the BJP has come a long way.

Modi did not campaign in Bihar in 2010, as Nitish was in a position to dictate terms. This time, a much-diminished JD(U) leader seemed desperate as he played second fiddle to Modi, sharing the stage at 12 rallies, allowing the Prime Minister to power the alliance to victory. The saffron party has emerged as the indisputable senior partner, winning 74 seats to JD(U)’s 43, with growing speculation within the BJP about how long it will humour Nitish Kumar with the chief ministership.

With the Bihar results, the BJP has won its first...