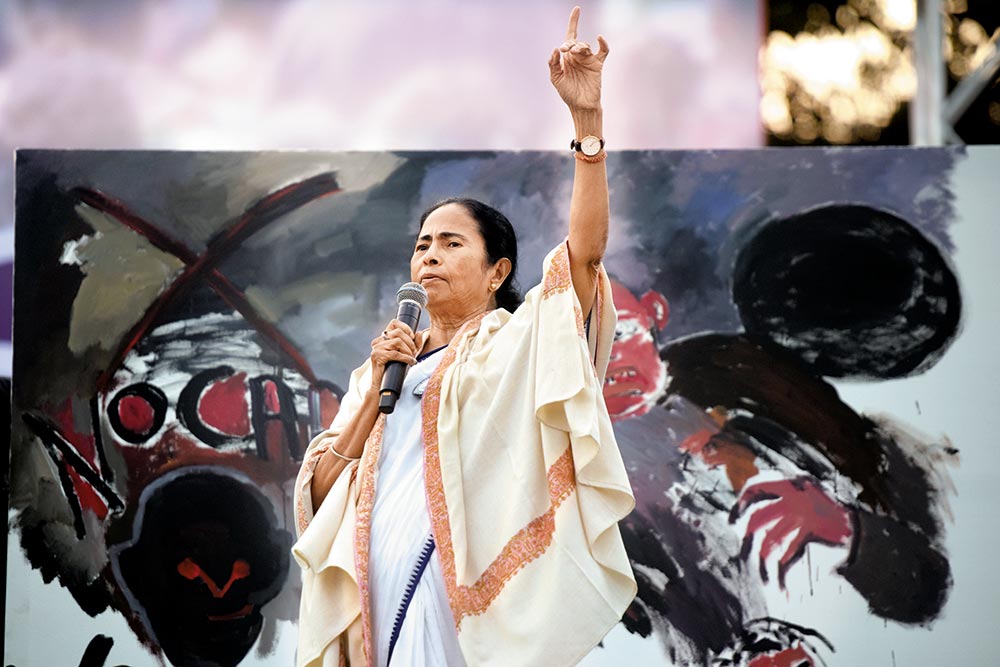 Call it political individualism or professional pride, but Mamata Banerjee has decided to go it alone in the countrywide popular movement against CAA/NRC/NPR. The West Bengal chief minister and Trinam­ool supremo feels that the citizens’ mov­ement against CAA might undermine her hegemony in the state. That perceived threat is twofold. First, the citizens’ movement continues to agitate independently against CAA/NRC/NPR without coming under her leadership. Second, the Congress-Left combine is propagating that “the BJP and the Trinamool are equally dangerous”. Their catchy slogan:  ‘Modi-bhai’ and ‘Didi-­bhai’ have an understanding. It gained credence when on January 11 Mamata met PM Modi in Calcutta, yet declined to attend an Opposition meet organised by Sonia Gandhi in Delhi on January 13. That the slogan had hit its mark was evident when Mamata repeatedly denied a compact with Modi during the debate in the state assembly to adopt a resolution against the Citizenship (Ame­­ndment) Act.