Starting its journey way back in 1995, Outlook has completed 25 years and this issue, marking the momentous occasion, is a milestone. 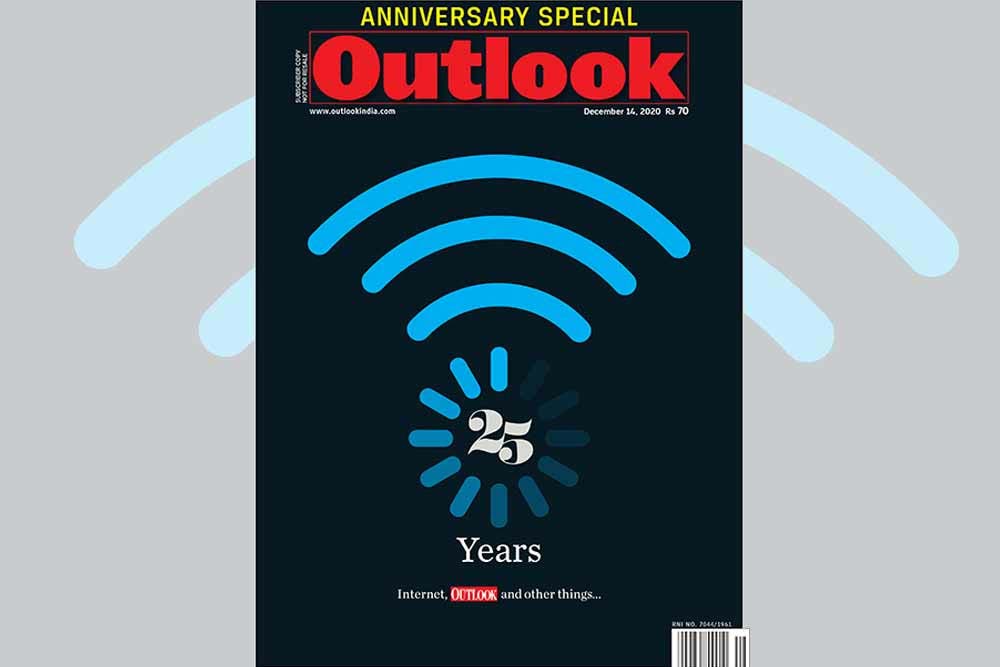 I realise the importance of living up to a legacy, being reminded of it every moment at work. Surrounding me high up on the walls of my office are some of the best covers that Outlook has brought out over the years, beg­inning with the first and perhaps the most controversial one, proclaiming Kashmiris’ disenchantment with the Indian Constitution based on a path-breaking opinion poll. Also, on the wall is a framed photograph of our legendary founder-editor Vinod Mehta.

From my vantage position, particularly with Vinod constantly looking over my shoulders, it’s impossible to miss the significance of the current moment and context. Starting its journey way back in 1995, Outlook has completed 25 years and this issue, marking the momentous occasion, is a milestone. It’s certainly an apt mom­ent to raise a toast to our team—both past and present—and savour the collective accomplishments. For us, Outlook has been a labour of love with the primary aim of earning your love and trust.

ALSO READ: Postcards From The Newsroom

As we look back at our storied history with pride, we also seize this opportunity to head forward—a task that I must confess looks far more difficult and complicated than ever before. Among everything else, the world we inhabit has markedly changed, thanks in no small measure by the all-encompassing internet that coincidentally arrived in India barely days bef­ore we launched. Information readily available has been weaponised in the int­erim, further polarising a deeply opinionated polity.

The changes have been so profound that journalism today is a virtual hostage to vicious pulls and pressures. It’s safe to presume that it is no longer possible to publish as controversial an opinion poll on Kashmir as we did in our inaugural iss­ue without running the risk of being hauled to prison for sedition or setting our entire house on fire. Back then too, our inaugural cover raised hackles and prompted members of a political party to stage noisy demonstrations outside our Mumbai office. But that seems far more measured and muted compared to what could be expected now.

The deepening and divisive divide has spared none, including our own legacy. No matter how proud we are, it is a pain at times, with many attempting to pigeonhole us as part of a particular cabal or closet ally of a political party. I am relatively new to Delhi and owe my job to none, but it’s still common for me to fend accusations of Outlook being partial and biased. For the record, some of our biggest journalistic exposes have been against a dispensation no longer in power. Yet, we inexplicably remain prisoners to a perception that should not have passed muster in normal times.

The optics remains an obstacle that Outlook could have well done without, but is nevertheless compelled to confront in a polity reduced to an echo chamber. Those on the “right” see nothing right in us, while the ones in the righteous “left” find our objective brand of journalism falling short of their expectations. The fact that both sides are unhappy makes me believe that Outlook is doing something right, steeling my conviction that the course we charted was the best.

But if there is a genuine regret as we mark our silver jubilee, it is my limited participation in Outlook’s passage from a daring experiment to a dependable voice. I have been part of this eclectic editorial team for little over two years. But each day here comes as nothing but a rare privilege that has been bestowed upon me. I have not worked with or met many of those who made up the team earlier. But be assured I share their ideals and passion, and Outlook will remain a prized publication that they had toiled for. Happy reading…