With the PMK, DMDK and a few minor parties ready to join the alliance, EPS would actually be leading a muscular front that cannot be discounted easily in spite of the anti-incu­mbency of the central and state governments. 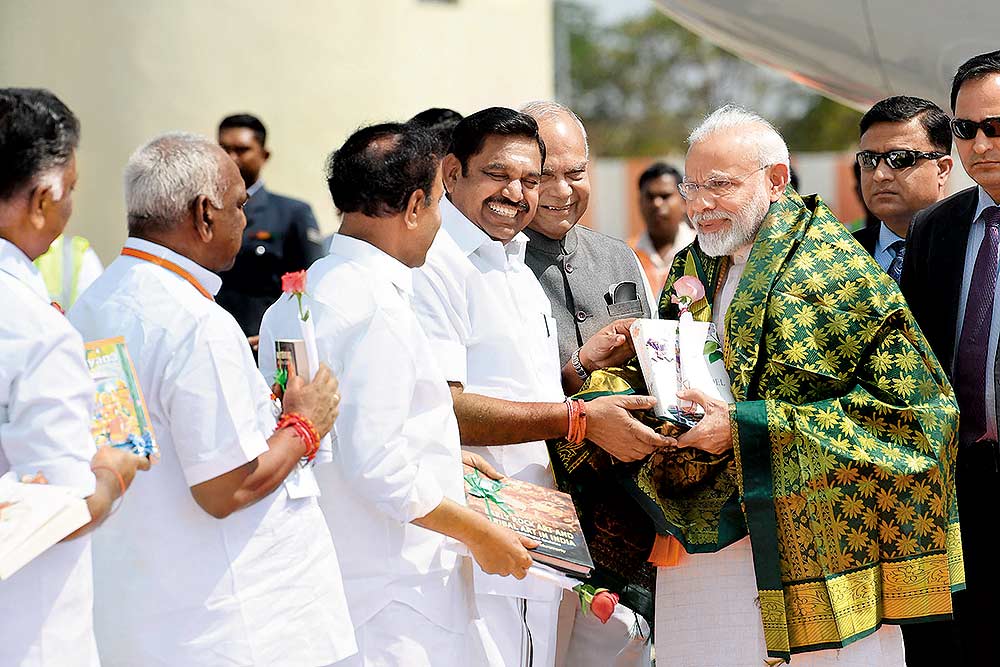 If ever there was an accidental chief minister, it must be Edappadi K. Palaniswami, EPS to friend and foe. During Jayalalitha’s time he flew under the radar. When she died, O. Panneerselvam was the natural successor. After OPS was dethroned and Sasikala’s chief ministerial plans got nixed, her family expected Palaniswami to keep the seat warm till another nominee, TTV Dhinaka­ran—was ready.

But the wily Palaniswami had plans of his own. He kept the post for himself and has been firmly entrenched in the CM’s chair for over two years. And he looks set to complete the government’s tenure till May 2021. He has proved to be the smiling assassin who has taken eve­ry­one for a ride.

The challenge thrown by Dhinakaran and his 18 rebel MLAs was nixed, the AIADMK symbol was retr­ieved by making peace with Panneerselvam and he has kept his flock of MLAs happy in spite of a wafer-thin majority in the assembly. “He just replies with a smile. Never overstates anything. At the same time he quietly advances the AIADMK’s...