The UP chief minister is the guru from whom other BJP CMs are expected to learn. The MP CM doesn’t mind. 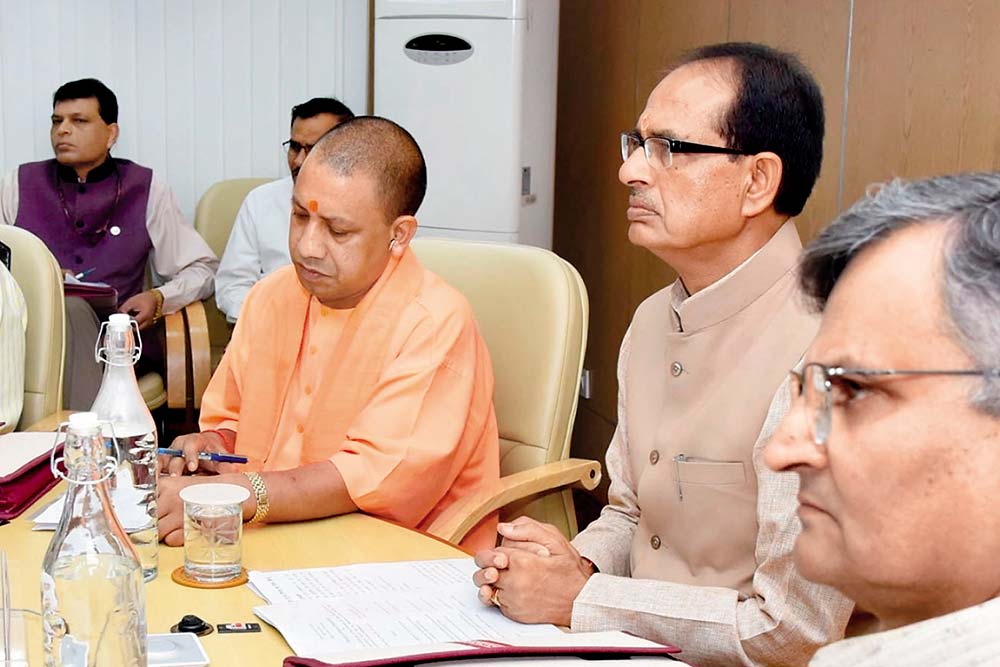 Yogi Adityanath made a fleeting visit to Dindori district in Madhya Pradesh in April 2017, weeks after he was sworn-in as chief minister of Uttar Pradesh. The 44-year-old joined his MP counterpart Shivraj Singh Chouhan in the Narmada Sewa Yatra. In a brief address, Adityanath hailed Chouhan as the “best chief minister across India”, and declared that UP officials would visit MP to study his conservation initiatives for river Narmada and replicate them in the Namami Gange campaign in UP.

Chouhan was, at the time, among the BJP’s most successful chief ministers. He had held the post for nearly 12 years since being parachuted to the top seat in November 2005, replacing Babulal Gaur. He had helped the BJP decisively win two successive assembly polls in 2008 and 2013. Though groomed in the shakhas of the Rashtriya Swayamsevak Sangh (RSS)—the BJP’s ideological fountain—and a prodigy of the party’s now-sidelined stalwart L.K. Advani, Chouhan carved a political identity for himself as chief minister. His five consecutive stints in the Lok...