Mobilising economic discontent against crony capitalists can beat the politics of religious hatred, or so the Congress claims 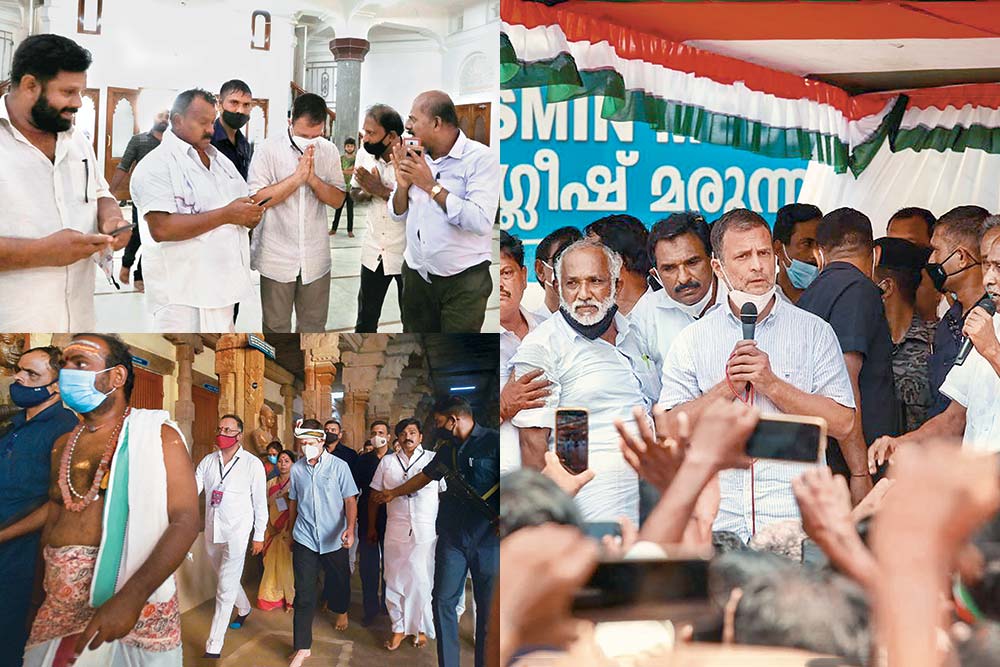 On March 27, as he campaigned in various assembly constituencies across Kerala, Rahul Gandhi made a scheduled stop to offer prayers at the Lord Ayyappa Dharma Sastha temple and the adjoining Vavar mosque in Kottayam’s Erumeli town. Later, addressing a public gathering, the former Congress president declared: “In Erumeli, people who go to temples respect Muslims, and the Muslims who go to mosques respect Hindus. That is the Indian tradition. However, the BJP and the RSS are trying to create cracks in this great tradition by instilling communal hatred among people.”

The BJP’s alleged attempt to create ­religious polarisation for winning elections is a recurring theme in the Cong­ress’s campaigns in poll-bound Kerala, Tamil Nadu, Assam, West Bengal and Pondicherry. That the BJP has had vast swathes of India’s electorate inebriated on a dizzying cocktail of religious fervour, jingoistic paroxysm and misanthropic rage, all camouflaged with a deceptive twist of social justice, is a charge that Rahul, his sister Priyanka Gandhi Vadra...