Sharp End Of A Poll Spear 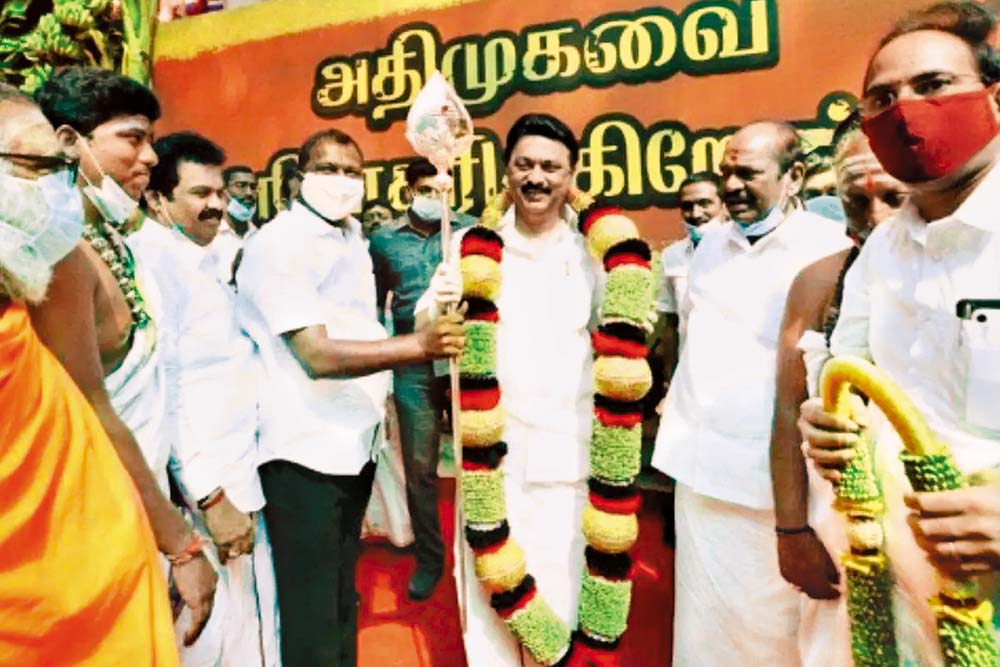 With its ‘vel yatra’, the BJP had done its bit to put the DMK on the defensive, forcing the Dravidian party to tone down its perceived anti-Hindu image. Even M.K. Stalin was seen holding a vel (spear, associated with Lord Murugan), which was flaunted as a triumph of the BJP’s campaign against the “anti-Hindu propaganda” hitherto encouraged by the DMK and its cohorts. The DMK also included the following promises in its manifesto—a Rs 1,000-crore fund for renovation of temples, rope cars for all hill temples (mostly Murugan temples), Rs 25,000 for one lakh pilgrims to famous Hindu temples in the country, financial support for performing artistes of village temples and establishment of an international centre at Vadalur, home of saint Vallalar, which attracts lakhs of devotees every year.

ALSO READ: For Uniting To Win, They Ring The Division Bell

While the DMK believes the pious...