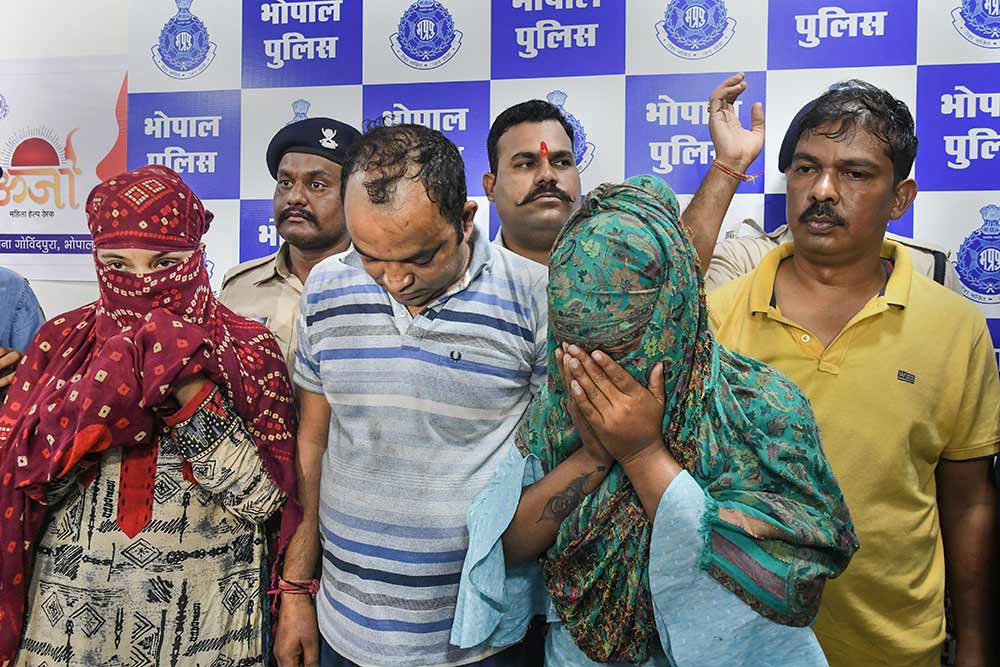 In July this year, a video clip purportedly showing a top Madhya Pradesh bureaucrat P.C. Meena in a compromising position with a woman went viral across the state’s political, bureaucratic and media circles. Within days, Meena, a 1984-batch IAS officer serving as the additional chief secretary (general administration) with a year of service left, was shunted out as director of the Tribal Research and Development Institute. The ‘sex video’ sent shock waves across the state’s power corridors and MP chief secretary S.R. Mohanty ordered a probe. Sources tells Outlook that intelligence inputs gathered over the next month suggested that several top-ranking politicians and bureaucrats had similar skeletons in their cupboards but a common link to an organised honey trap racket was still premature to conclude.

On September 17, Harbhajan Singh, an Indore Municipal Corporation officer filed a police complaint of blackmail and extortion against two women, Aarti Dayal (29) and Monica Yadav (18), who had all­egedly threatened to release his smut tape...