Maharashtra and Karnataka want to buy land and build resorts. In undivided Jammu and Kashmir, only permanent residents could acquire land in the region 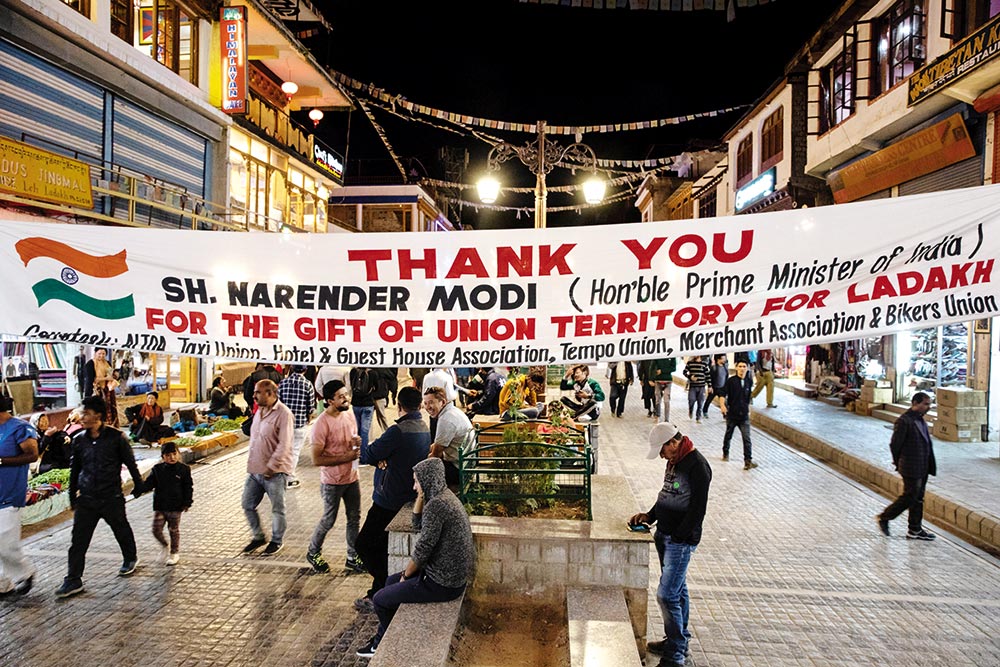 Concertina wires, police sirens going woo-woo at all hours, almost-deserted streets, and the vanishing state flag (red with three white stripes and a white plough, representing the struggle und­er the Dogra yoke). A Valley under restrictions, civil curfew and communication lockdown…a weary people trying cautiously to come to grips with the changing status quo in the reg­ion. The inertia outside belies the flurry of activities inside the fortified, high-walled Civil Secretariat in Srinagar. Government officials are hard at work. The J&K Reorganisation Act, 2019, has to be implemented. Proposals of several state governments seeking land in the Union territories of Jammu and Kashmir as well as Ladakh are being looked into. Besides, 106 “people-friendly” laws and nine constitutional amendments have been made applicable in the region since the state was split and its special status scrapped this August.

The J&K administration is considering the Maharashtra government’s plan to buy two land parcels to build resorts, one each in the two...