Jyotiraditya Scindia’s apostasy is a warning: in a rudderless Congress seething with disaffection, more malcontents might follow him unless corrective measures are taken. Maybe it’s too late for that. 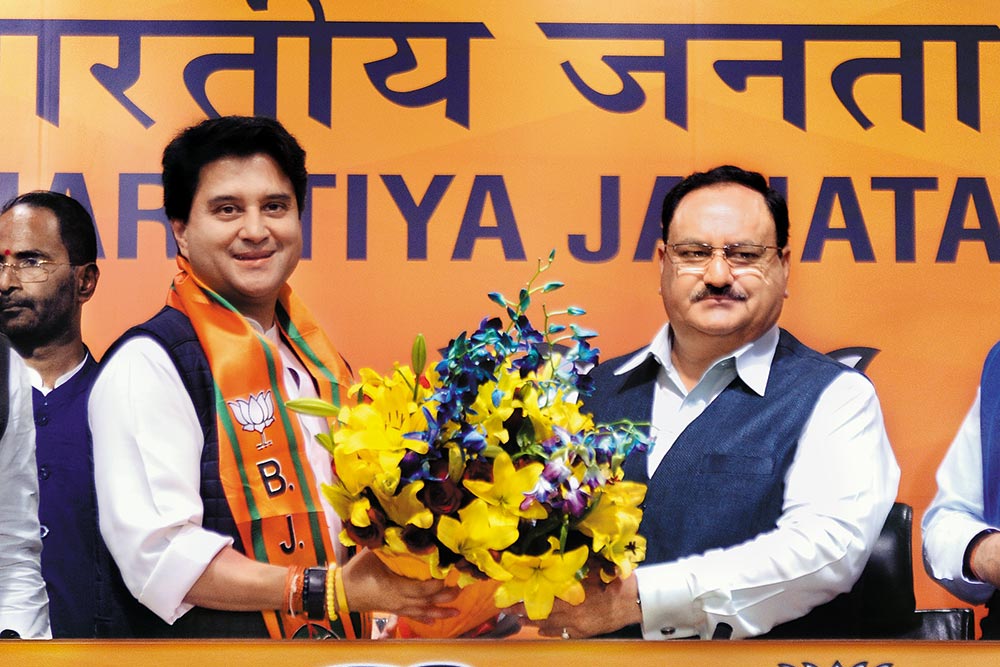 As the Congress party was crying hoarse over the lack of preparedness of Prime Minister Narendra Modi’s government to combat the coronavirus epidemic, it was shaken—once again—by a malady that had, unlike COVID-19, not come unannounced. Over the past six years, the Congress had been afflicted by the defection bug, but its failure to take precautionary measures had now ensured the walkout by a frontline leader Jyotiraditya Scindia—into the arms of the BJP.

Not unlike a bug that lies dormant before a virulent relapse, the pandemic of turncoats too has its crests and troughs. The Congress’s early brush with defections began with heavyweight Himanta Biswa Sarma moving to the BJP but it seemed to lose its sting by the time smaller leaders Tom Vadakkan, Bhubaneshwar Kalita and Sanjay Singh embraced saffron. Scindia’s rebellion comes as a potent relapse, with the threat of infecting the decaying Grand Old Party wholly.

The maharaja of Gwalior who, until rec­ently, was a close confidant of Rahul Gandhi and Priyanka Gandhi Vadra, had...