Scared Of The High And Mighty, Odisha Police Is Always At His Master's Service 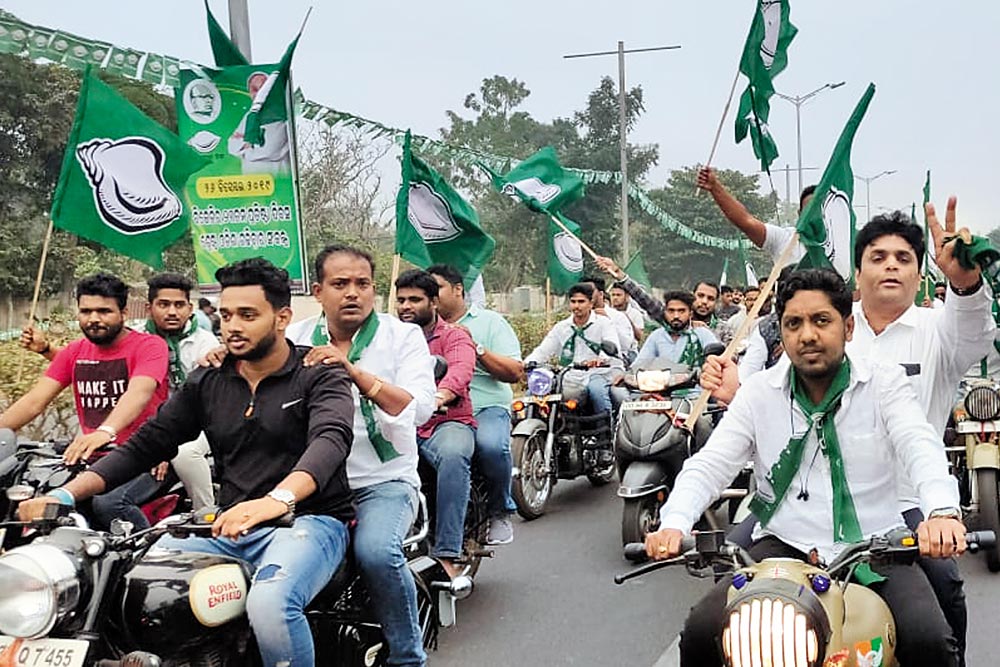 Photograph by Biswa Ranjan
Sandeep Sahu January 16, 2020 00:00 IST Scared Of The High And Mighty, Odisha Police Is Always At His Master's Service

Bikers in Bhubaneswar dread going out without a helmet these days. The reason: steep fines. But when hundreds of BJD youth workers rode through one of the city’s main thoroughfares in a ‘bike rally’ on the ruling party’s foundation day on December 26, 2019, the police just stood by. Forty of them eventually paid the fine of Rs 1, 000 each, well over a week later when taunts by the Twitterati with pictures of the rally left the police commissionerate embarrassed. In sharp contrast, when Youth Congress workers threw eggs on CM Naveen Patnaik’s cavalcade in 2015, the eggs didn’t hit the CM’s car, but the police slapped a host of stringent charges, including Section 307 (attempt to murder), on the workers, making it difficult for them to secure bail for nearly a month.

In September 2018, the Naveen dispensation pounced on a motivated media report to lodge a case against BJP leader Jay Panda (then a BJD leader who had fallen out with Naveen) and seize his helicopter for flying “dangerously close” to the Chilika lake, an...