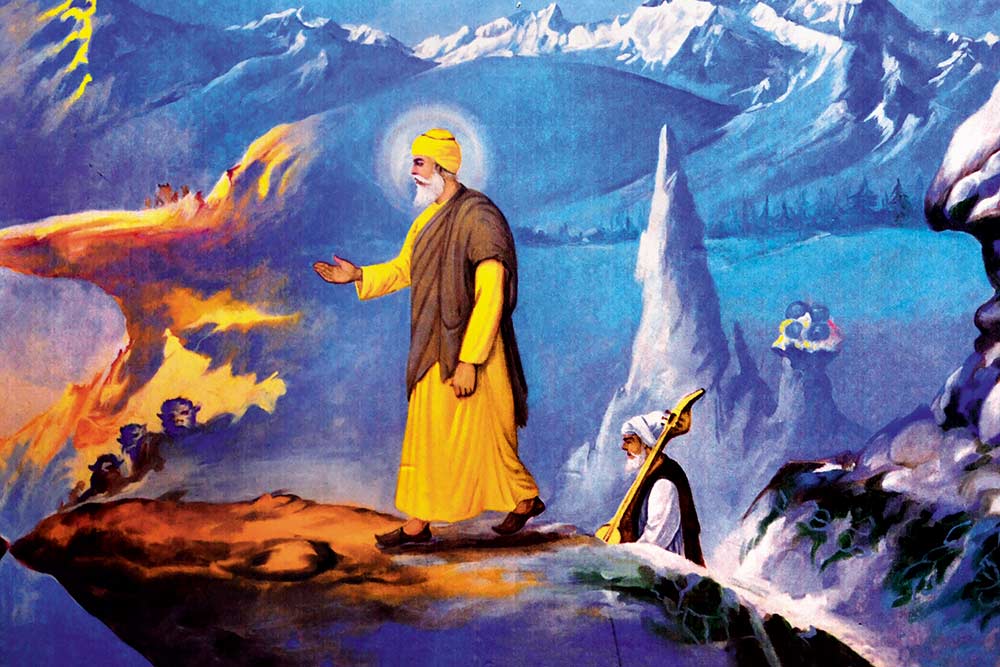 In the late 18th century, the East India Company began to take interest in the affairs of the Sikhs, who had emerged as a political power. Advised by Warren Hastings, James Browne collected information on the Sikhs and published his History of the Origin and Progress of Sicks. He made a general statement that the Sikhs were at first quiet, inoffensive and unarmed, but persecution by Aurangzeb made them take up arms against the Mughal empire under the leadership of Guru Gobind Singh, whose militancy presented a contrast to Guru Nanak’s pacifism. A dichotomy between the first and the 10th Gurus became a stereotype in later British historical writing.

Meanwhile, the idea of the unity of Guruship was developing among Sikhs. They saw no difference ­between Guru Nanak and his successors. In the...