River, River Everywhere But Not Much To Drink In 'Wet' Kerala!

Kerala's groundwater has fallen by 50 centimetres in 60 per cent of the aquifiers and is increasing. Intense heat and freak climate patterns are playing havoc in God's Own Country. 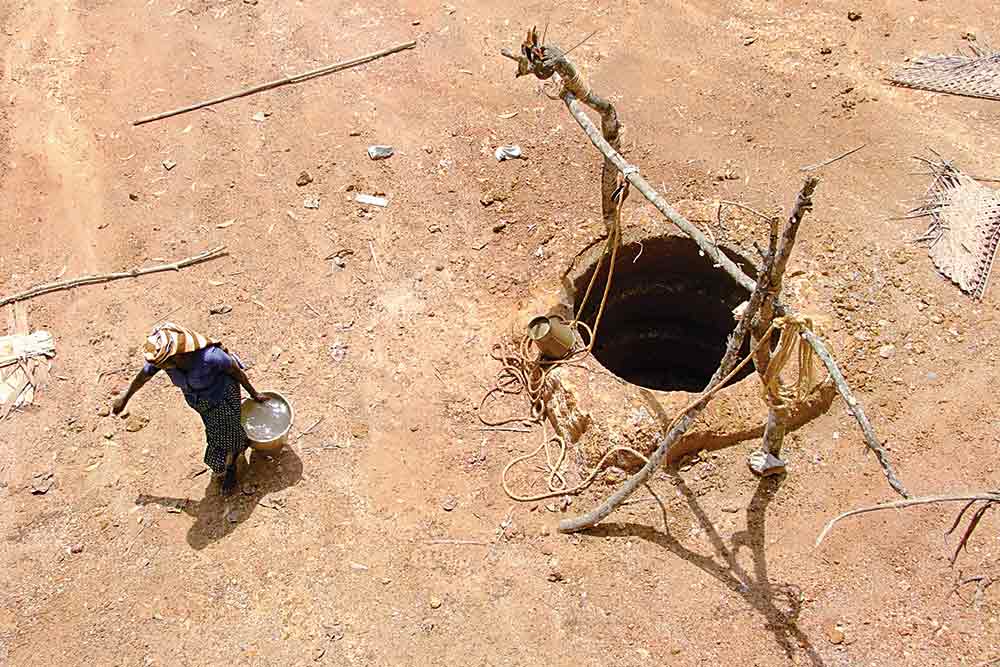 The prolonged summer heat dries up wells across Kerala
Photograph by V.V. Biju
Sabin Iqbal May 08, 2019 00:00 IST River, River Everywhere But Not Much To Drink In 'Wet' Kerala!

With 44 rivers cascading down the Western Ghats, torrential monsoon showers and abundant verdure, Kerala seems like an unlikely candidate for drought. The state, often labelled as ‘water surplus’, has been lately facing severe water shortage.

“The streams originating in the Western Ghats were once the main source of fresh water, food and revenue. They used to provide potable water up to the coast. Now, due to pollution of surface water sources, people have started using groun­dwater as a dependable source,” says E. Shaji, a geologist based in Thiruvanan­thapuram.

A 2011 survey disclosed that that 62 per cent of the state’s population ­depended on groundwater for drinking water through dug, tube and bore wells. The Central Groundwater Board’s studies of aquifers at the end of August 2018 revealed that levels vary from less than a metre to 20 metres. Data collected during January and February this year by the state groun­d­water department indicates a 50-cm fall in 60 per cent of aquifers. The trends point to a...