Rivals On A Job Sheet

Pandemic deniers are subdued as the crisis spirals, while the TMC-BJP wrangling is centred on the lack, or profusion, of job opportunities in Bengal 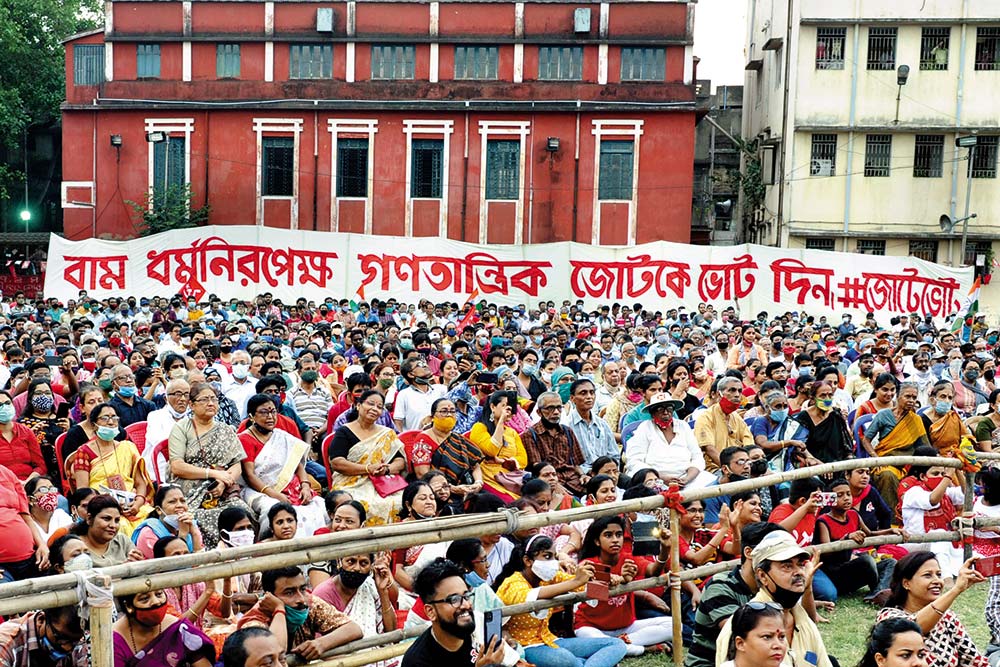 They Are Here Too
A well-attended United Front rally is in progress in Bally, near Calcutta, amidst a rampaging pandemic

Inside a tea stall at Sahebghata bazar in Kaliaganj, an assembly constituency in Uttar Dinajpur district on India’s border with Bangladesh, around a dozen people were glued to the TV, watching a Bengali newschannel with known BJP leanings. It was April 15, and the Election Commission had convened an all-party meeting on a proposal for modification of the poll schedule for the remaining phases, mindful of the worsening Covid situation. The state’s ruling party, the Trinamool Congress, wanted the last three phases, scheduled on April 22, 26 and 29, to be clubbed together. At the tea stall, the viewers were anxiously waiting the EC’s decision. None wanted a joint phase; they thought it would be to the TMC’s advantage.

Asked if they would not consider the human cost that conducting the elections as per the schedule will entail, Joydeb Saha, a vegetable vendor, says, “Covid is a hoax. The TMC is spreading panic to win the elections. The polls are matter of only two more weeks. But if they return, it would be five more years.” His comment came...