Conferring an abstract set of ‘rights’ on Planet Earth, at the cost of the poorest humans, is a new elite manoeuvre for control 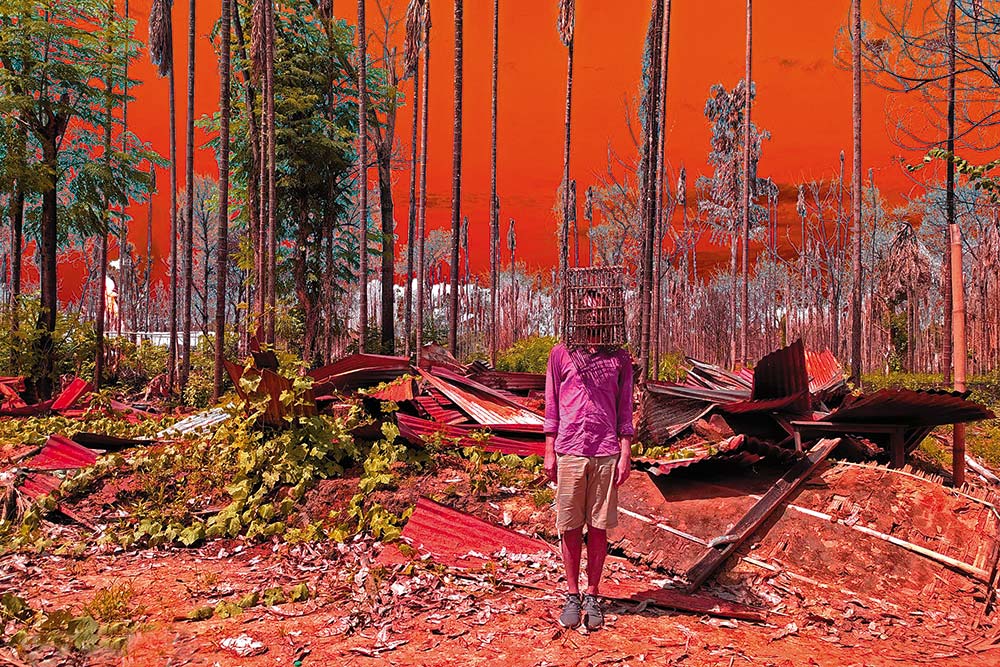 Nightmarish From Beneath, by Anupam Saikia/Anga Art Collective, depicts the devastation wrought by the Baghjan oil blowout in Assam.

In a June 2015 “letter to humanity about the Environment”, Pope Francis asks us to redefine our relationship with the world in “the language of fraternity and beauty”. For him, “the world” includes fellow humans and non-human living species. This call of unity between humanity and nature is an attempt to heal the wounds Western modernity has caused by equating civilisation with the goals of conquering wild nature or the “frontier”. Others across the world too internalised this instinct, leading to the globalisation of a ‘civilisational’ ethos founded on violence—against nature and fellow human beings.

The principle of ontological unity, attributed to some strands of Hinduism and many indigenous cultures, rejects such machoistic notions of progress and civilisation. Here, the unity of the human and non-human world is a given—and not in need of fresh assertions....