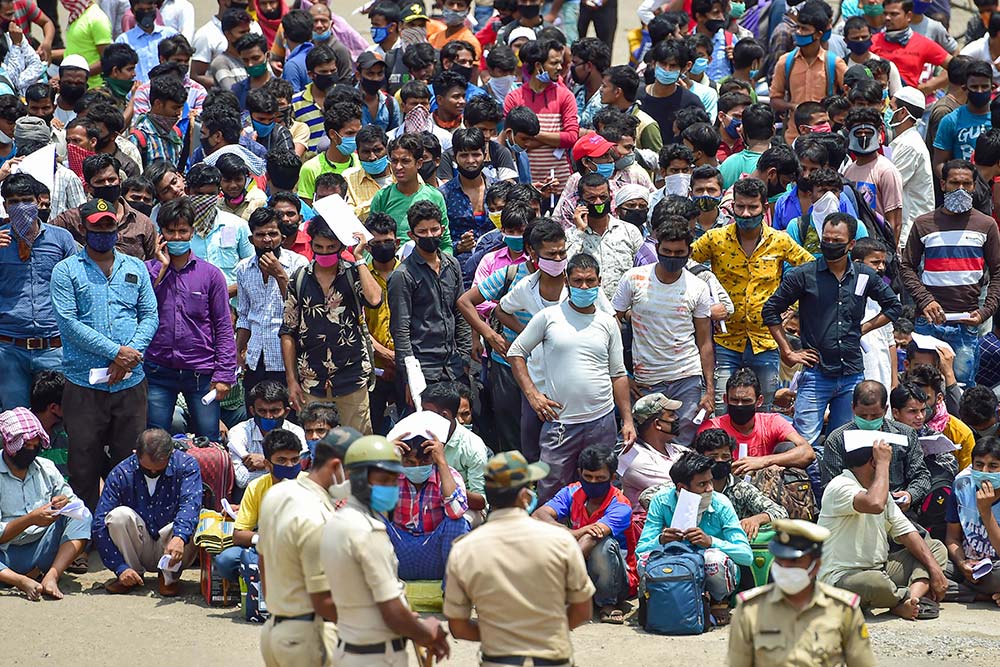 Labourers gather in Bangalore hoping to get on a homebound special train
Photograph by PTI
Ajay Sukumaran May 15, 2020 00:00 IST Riding The Rails

Migrant workers in most host states have faced the brunt of the nationwide lockdown—underfed, penniless, frantic with worry and desperate to reach the haven of their faraway villages. But Karnataka’s flip-flop on travel made matters worse for them last week. Having first requested for trains to ferry workers to their home states, the government did a U-turn by stopping them. Then, rattled by the Opposition accusing it of treating workers as ‘bonded labour’, the B.S. Yediyurappa-led administration resumed the ‘Shramik Special’ trains.

The Karnataka High Court has directed the state government to place on record its policy of enabling migrant workers to reach their home states. That apart, labour unions and activists are still apprehensive about the way ahead, especially with the route some states­­—like Uttar Pradesh—have taken by amending labour laws.

“There’s requirement for a rethink on how we go forward,” says Maitreyi Krishnan of the All India Central Council of Trade Unions (AICCTU)....