The Centre's power to be a dominant force had been inscribed in the Constitution amidst turbulent times in the aftermath of the Partition, writes author Gyanesh Kudaisya 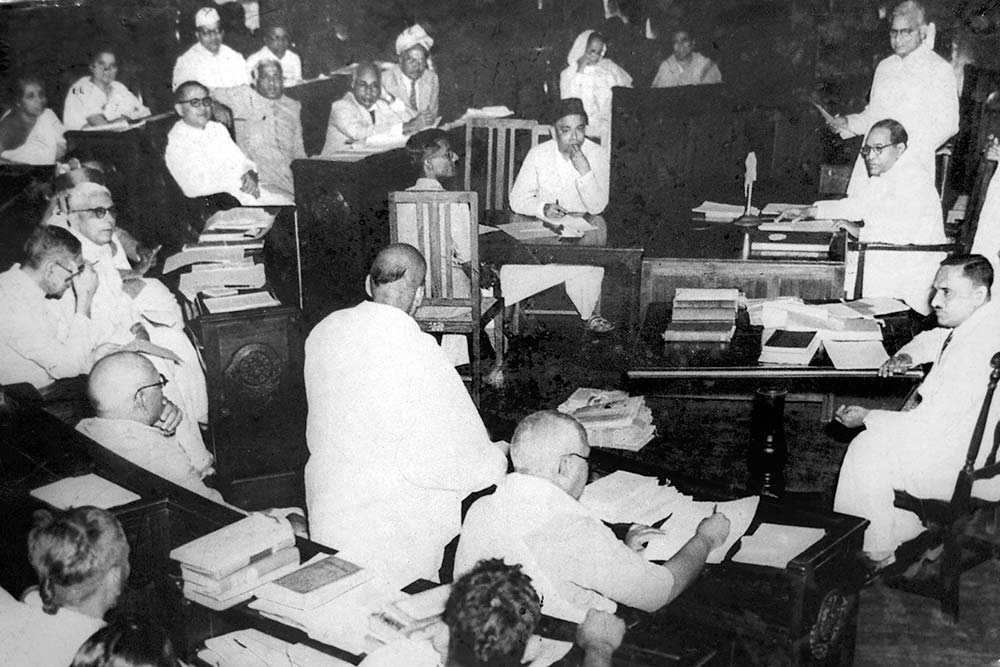 Founding Fathers
A sitting of the Constituent Assembly that wrote our Constitution.

Paradoxes and ironies abound as the Republic celebrates the 70th anniversary of its Constitution. In earlier times, the Dalits turned the book into an icon, held tightly in Dr B.R. Ambedkar’s hand, as hundreds of his statue, cast in stone and metal, appeared in parks, streets and public places across India. Now, the Preamble, starting with those magical words, ‘We the People’, is being recited at protest marches and rallies by multitudes across the country’s length and breadth. In the words of historian Rohit De, the Constitution has become a flame, a blazing symbol of people’s hopes. It has also become a protective armour for citizens fearful of being divested of their rights. Perhaps, never in human history has a constitution evoked such popular sentiments, becoming a focal point for mobilising millions, giving them a...