After the Supreme Court went back on its own order to disallow it, many devotees believe divine intervention cleared the decks for the Rath Yatra 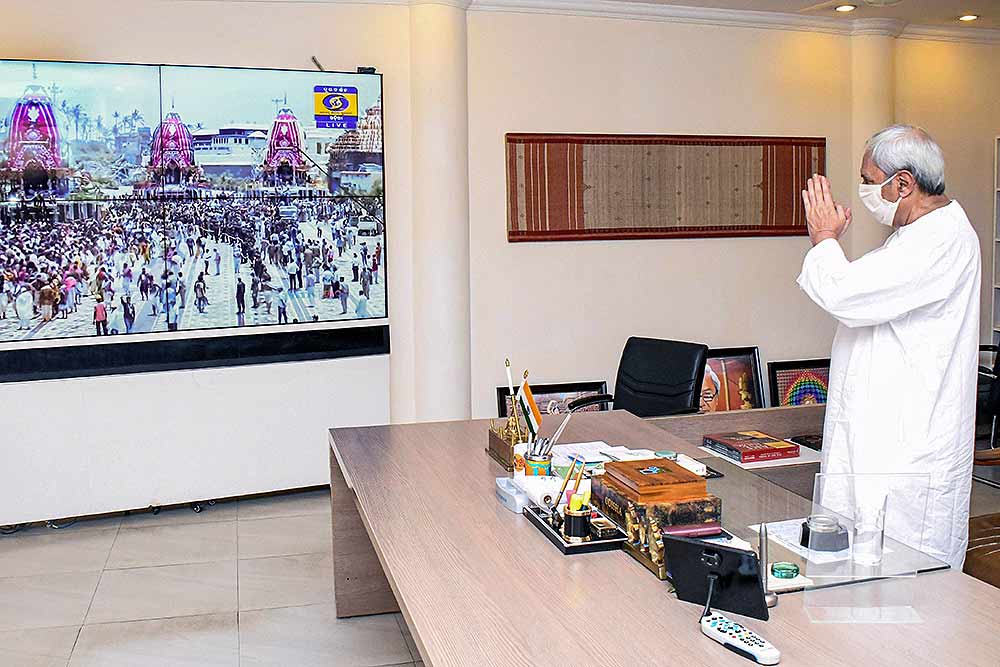 Long after it is over, this year’s Rath Yatra in Puri will leave a bitter taste in the mouth. Not because of anything that happened during the showpiece event of Odisha’s socio-cultural calendar, but due to events leading up to it. And the dubious role that the Naveen Patnaik government played as the suspense built up.

It was edge of the seat, nail-biting stuff till the very end. The prolonged series of rituals leading up to the pulling of the three chariots of the deities—Lord Jagannath and his siblings Lord Balabhadra and Devi Subhadra—on the 3-km-long Bada Daanda (Grand Road) was scheduled to begin at 3 am on June 23. But, until 3 pm on June 22, it was not certain whether the spectacular event would take place at all! The go-ahead by a three-judge bench of the Supreme Court headed by Chief Justice S.A. Bobde for a Rath Yatra without devotees, reversing its own order banning the big event due to the COVID-19 pandemic, came barely 12 hours before the rituals were to begin. Despite the ban, preparations for the event had been going apace in...