Rage Of A Silent, Invisible Killer Called Malnutrition - Why Shining India Is In Grip Of An Epic Calamity

Despite designing the world’s earliest and largest schemes on hunger and malnutrition, having surplus grains and food wastage, millions of Indians go to sleep hungry every night. It’s an invisible emergency that India must get rid of 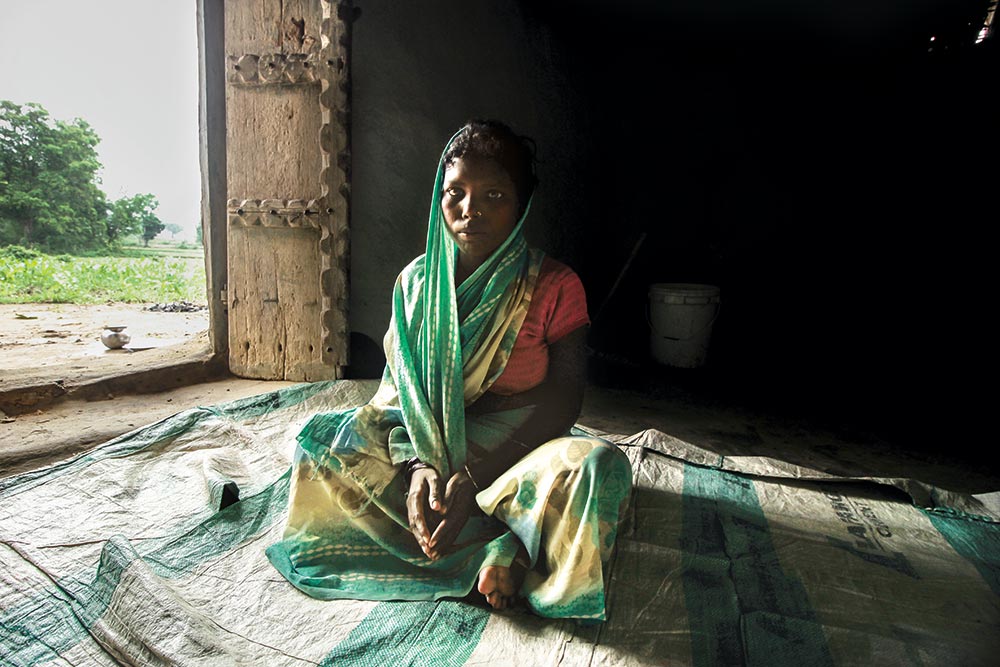 Hunger-Struck
“Can you ask the sarkar for free food? A ration card?” asks Ruby Devi, who lost her ­husband, Jingru Bhuiyan, to ­starvation in a Jharkhand village
Photograph by Usha Ramesh
Damayanti Datta August 14, 2019 00:00 IST Rage Of A Silent, Invisible Killer Called Malnutrition - Why Shining India Is In Grip Of An Epic Calamity

It’s a crisis that hides in plain sight. And Prime Minister Narendra Modi singles it out in his radio talks, from the ramparts of the Lal Qilla, for his 49.3 million followers on Twitter. He hammers home his impatience for the scourge to go away: “Main bechain hoon, main besabr hoon, main vyakul hoon” and pledges a new tryst with destiny: a malnutrition-free India by 2022. A new national lexicon is gaining ground for something that isn’t often in the news.

At the heart of global geopolitics, India is an emerging superpower at 72. But away from the spotlights, here starvation stalks, families battle chronic hunger to stay alive, lack of food starts from the womb, underweight mothers give birth to undersized children, while low immunity snuffs out vulnerable lives. Five years into power, the NDA government faces its toughest challenge. And now, the Vice President of India, Venkaiah Naidu, has sounded out a clarion call for action: “India needs a ­nutrition revolution.”