R. Ravikrishnan And T. Nandakumar: Foot Soldiers Of DMK and AIADMK Who Rose Through The Ranks

A. Ravikrishnan and T. Nandakumar worked with the DMK and AIADMK respectively. 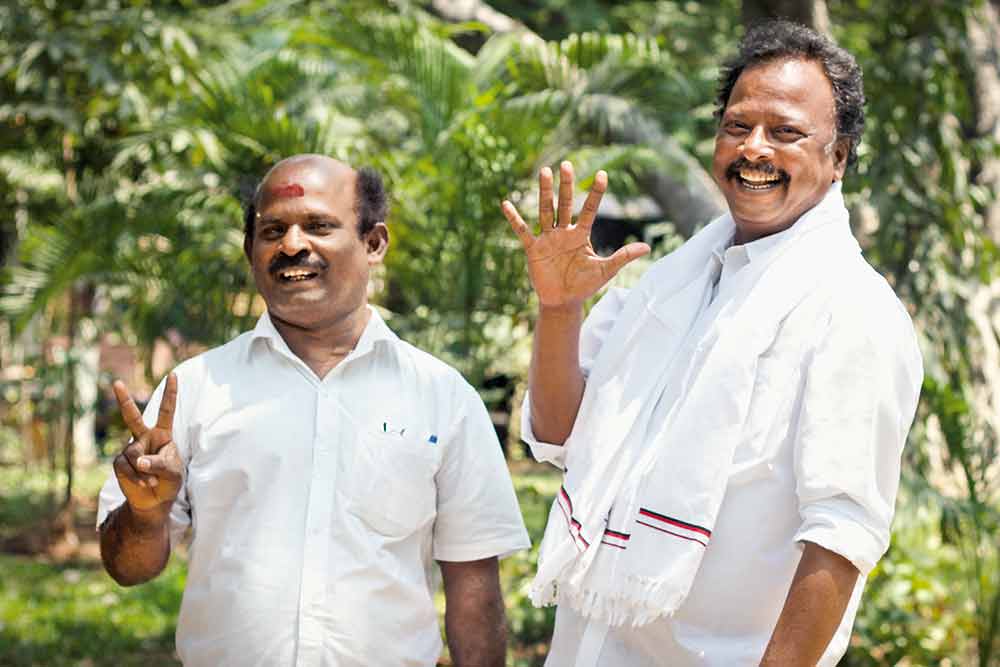 Reading the DMK’s mouthpiece, Murasoli, first thing in the morning is a habit A. Ravikrishnan inherited from his father. “The other papers would come later, but Murasoli was always the first. It was the only way we learned about party meetings or protests in our locality. That is still the case – even if you have a mobile phone and WhatsApp,” says the 53-year-old real estate agent and treasurer of the Velachery unit of the DMK in Chennai.

Ravi (right in pic) started out as an ordinary worker and has risen through the ranks. His first nominated post was deputy secretary of his circle. He then bec­ame the additional secretary and was later elected the circle secretary thrice. Now he is in charge of one of the wards of Velachery assembly seat under the Chennai South Lok Sabha constituency.

It is the likes of Ravi who have traditionally formed the foot soldiers of the DMK. He and his team of volunteers paste posters and set up the dais, audio system and lights for rallies. They work their way up the ranks, wear...