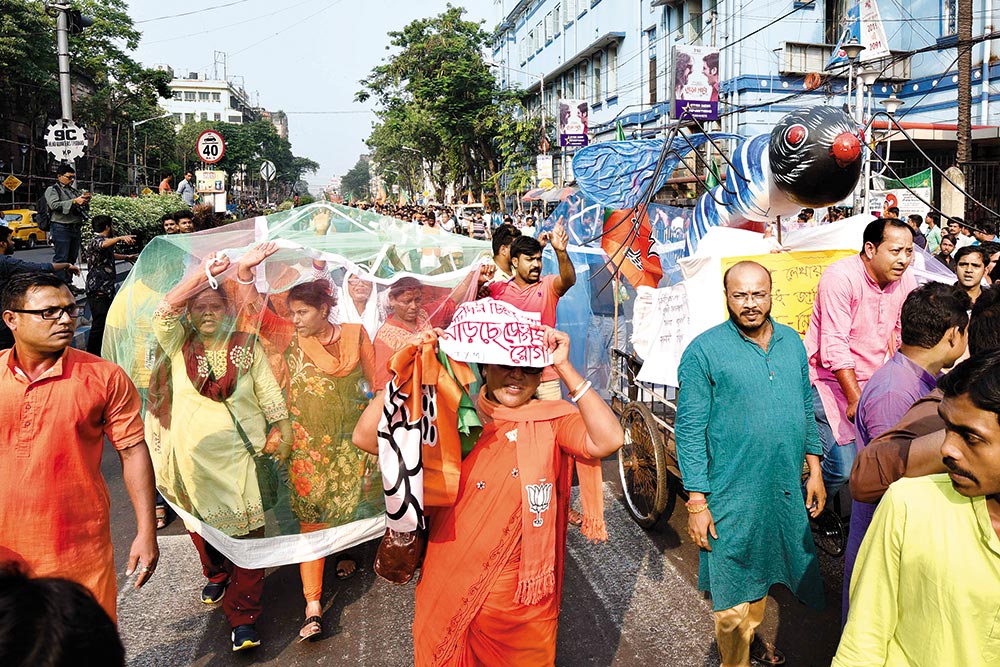 A number of deaths caused by the dengue virus in Calcutta and across West Bengal has raised concerns about the efficacy of the state health and municipal departments in preventing the spread of the disease. Almost every week, dengue claims a life or two, pushing the death toll to 23, according to the state health department sources. Unofficially, the count is 44.

So far, over 44,000 people have contra­cted the mosquito-borne infection; of them, around half have been affected bet­ween late October and early Nove­mber. People suffering from dengue con­­sist of a large share of the total patients in various hospitals, and according to a microbiologist, of 50 blood samples tested daily, 30 per cent were found to be dengue positive. A doctor in a government hos­pital also confirms a dire suspicion: lack of adequate number of doctors and health workers are impeding treatment.

The late exit of monsoon and further rain caused by a cyclone, say doctors, might have caused the sudden spike. After the recent death of a child at Cal­cutta’s...