Power Is Poison, But You Can’t Run Away From It: Rahul Gandhi

Congress president Rahul Gandhi speaks on a range of issues—from Modi, the economy, political openness, the generational change in Congress to the charge of being the BJP’s B-team among others. 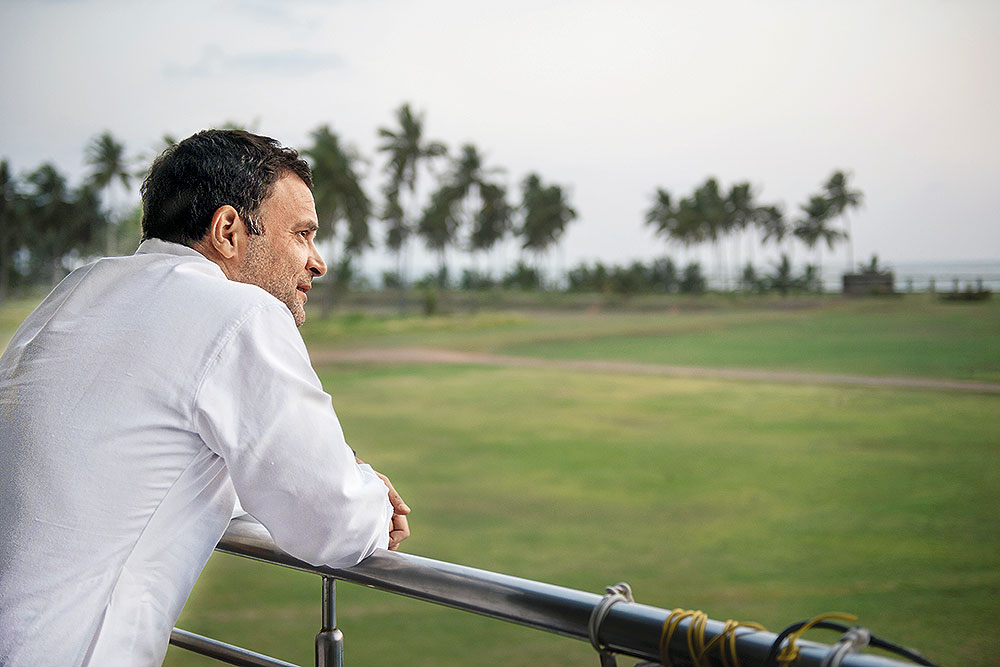 It’s been a long, gruelling campaign for the Lok Sabha elections. And Congress president Rahul Gandhi, 48, has been right in the eye of the storm, coming off his party’s lowest tally ever in 2014 and fighting a grim battle for centrestage, fending off vicious personal ­attacks, the frustration of seeing alliances made and unmade, braving rebukes and rebuffs—but “with humility”. He spoke to Outlook on board a flight for a leg of campaigning in Punjab, touching on a range of issues—from Modi, the economy, political openness, the generational change in Congress, and the charge of being the BJP’s B-team. Excerpts:

We are almost at the end of a gruelling campaign. Who are you betting on post May 23?

I’m betting on the people of India. There’s no one else to bet on.

And you think they will be the winners?

They are wise, they have understanding and whatever they do is correct.

Were they correct in...