Embittered, confused, divided: the state of the BJP in Bengal 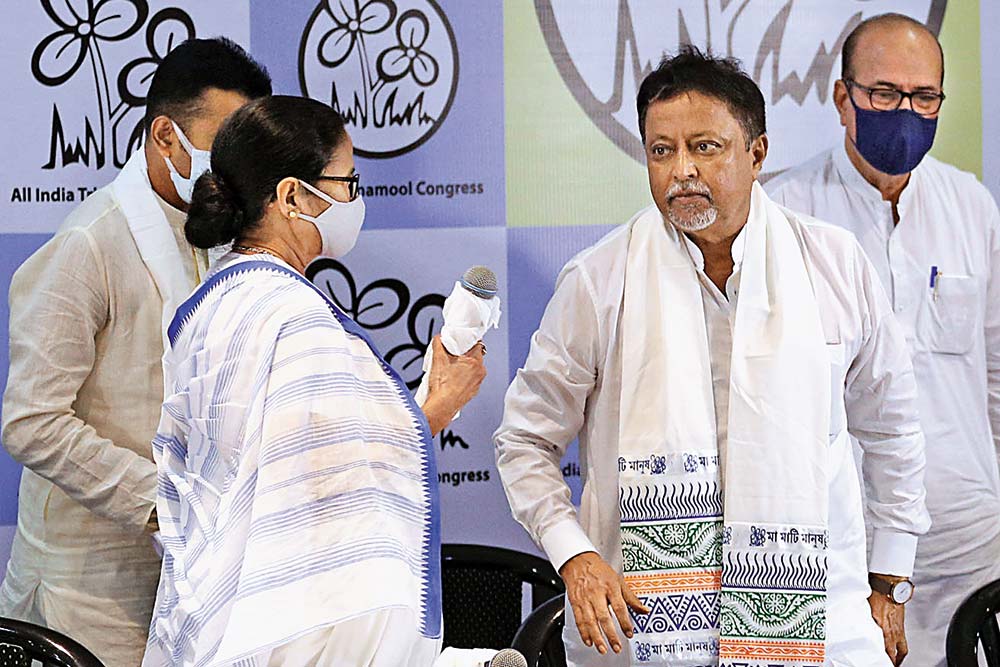 On June 14, after meeting Bengal governor Jagdeep Dhankhar along with other BJP MLAs, Suvendu Adhikari, the new leader of the opposition in the state assembly, told journalists that 17,000 BJP supporters had fled their homes because of the terror unleashed by the Trinamool Congress, and that the police had launched over 3,000 cases implicating BJP workers. “We will approach the court. They can’t stop us by intimidation,” Adhikari said. The extent of ‘intimidation’ is debatable, but clearly, five weeks since the declaration of election results, the BJP has a humongous task ahead in keeping its house intact.

So far, only one big name—the ­biggest of all TMC turncoats—has dumped them: Mukul Roy. Whether or not Roy plays a pied piper, at the panchayat and zilla parishad level, the flow of elected public representatives from the BJP to the TMC is noticeable. Most say they are inspired by Mamata Banerjee’s leadership. Among the prominent faces seeking to switch camp is former minister Rajib Banerjee, whom the BJP had flown to...