Prabhakar Sawant and Raj Rajapurkar are the grassroots worker of the NCP. 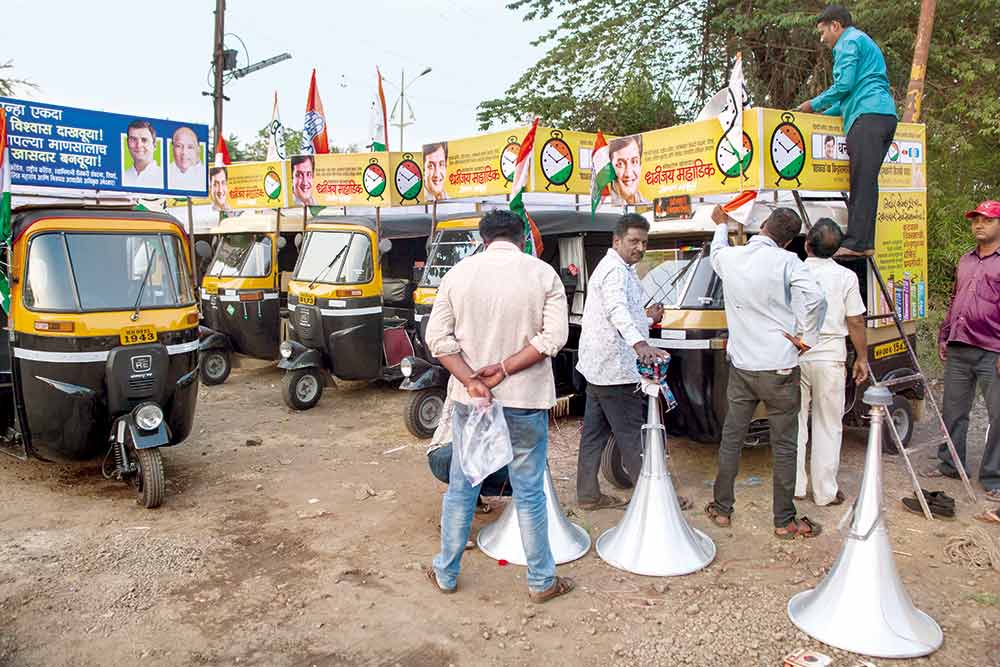 The tea bubbles in the saucepan at the Nationalist Congress Party (NCP) office in Thane. And people stream in and out almost non-stop. Most of the visitors are for Anand Paranjpe, the NCP candidate for the Lok Sabha polls, and party leader Jitendra Awhad. From a corner, Prabhakar Sawant and Raj Rajapurkar watch the crowd. Nothing­ ­escapes their eyes—for they are the ­intermediaries between the electorate and the party. They are the grassroots worker; the indefatigable foot soldier who knows each booth, volunteer, and their day-today activities.

Sawant, who heads the NCP’s Thane unit, was with the BJP for almost three decades before he became an NCP member in 2008. “I have seen all the prime ministers in my life. I was active post-Emergency, but this is the only prime minister who is a dictator. We are reaching out to as many people as we can to make sure the BJP is defeated,” he says and stresses that people are unhappy with the NDA government because of demonetisation, poor implementation of the GST, and unemployment.