Migration is a response to socio-cultural malady in the village -- graveyard of equality, justice, dignity, writes Dr Bramha Prakash of JNU 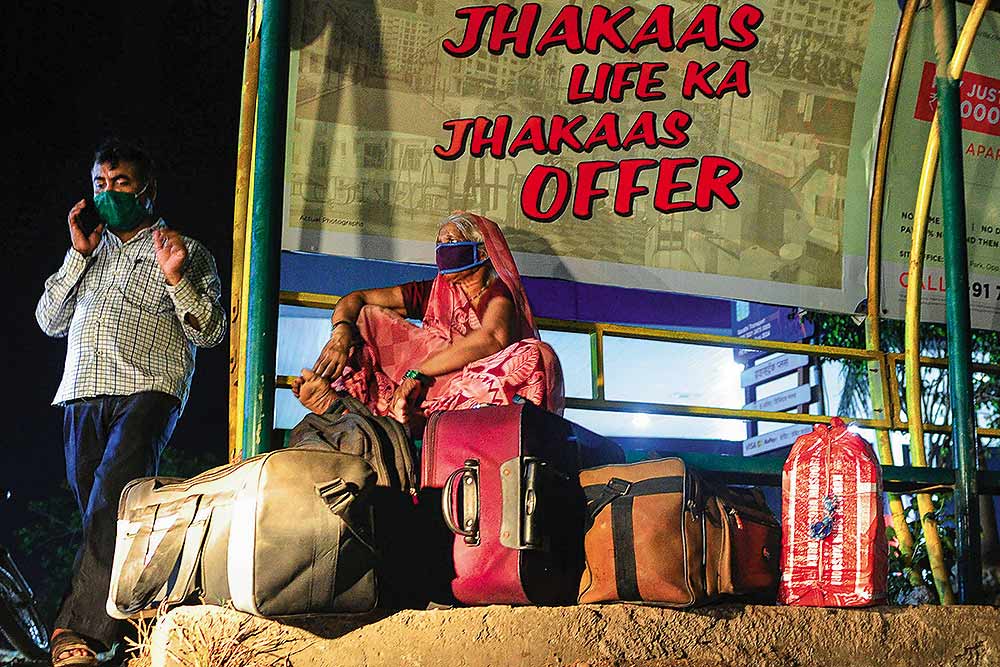 Going away
Both the migrant and the dead take the journey to pardes...the alien land
Photograph by PTI
Brahma Prakash July 17, 2020 00:00 IST Why I Won't Live In My Village And Won't Leave The City Till Forced To

After the initial sense of grand tragedy ebbed, the image of lakhs of migrant workers returning to the village brought about a nostalgic turn in the minds of some urban commentators. They were once again seduced by the notion that the Indian village is an enduring space from an ideal past—the last refuge of sanity, order and values in times of global disarray. A resilient idyll. Some were moved to recall the gram swaraj alternative as envisaged by Gandhi. Some felt it was a reading of values that had exerted its pull on migrant workers: they had seen through the cities as a morally doomed hell, and their love for the villages seemed infinite on the rebound. The city appeared heartless, the village compassionate. But all that vicarious love sprang in urban hearts without conceding the fact that the Indian village is itself the problem. It is the first of the maladies for migrants, the very reason why they are migrants.

The problem of migrant workers is not to be defined in terms of a choice between village and city. It is about a condition in which they are neither...