OPINION | 'Suppressing The Valley's Will Through Stealth And Sieges Is Counterproductive' 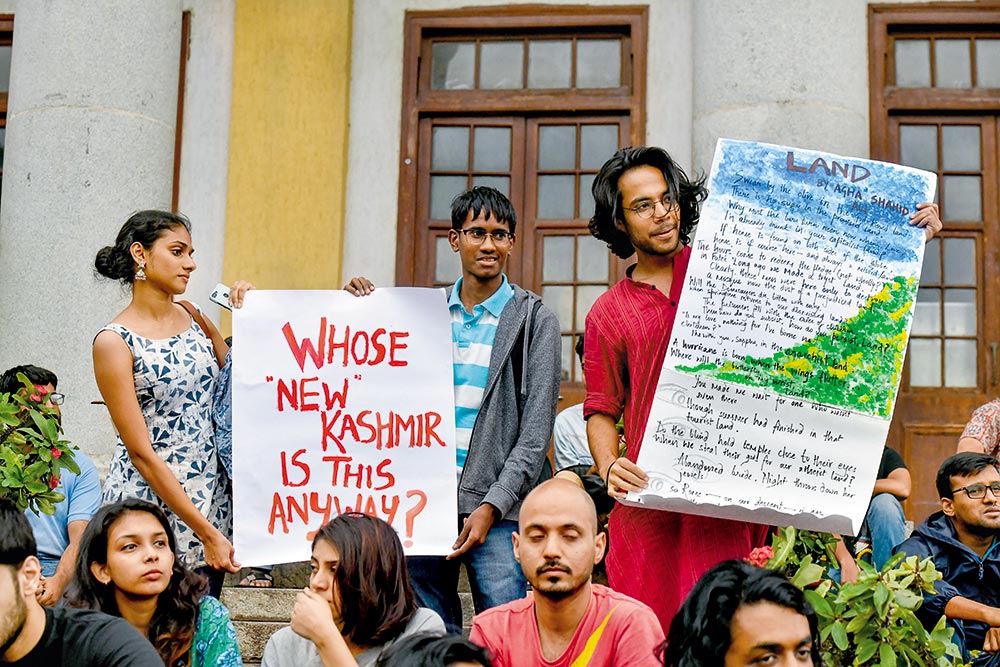 Whose Land
A protest in Bangalore
Photograph by PTI
Radha Kumar August 15, 2019 00:00 IST OPINION | 'Suppressing The Valley's Will Through Stealth And Sieges Is Counterproductive'

Far from providing a solution, the government’s recent move to turn J&K into two Union territories can only be counterproductive, both for the state and the country. The manner in which it has been done—by stealth and fiat, a security lockdown, violating our norms of parliamentary democracy—has already been widely criticised. I will not repeat those arguments, except to say I hope they are taken on board, including in the Supreme Court.

This is the first time I have heard of a state being demoted to a Union territory, and that too without any compelling argument. We are told there is a pressing security threat due to Pakistan’s plans for a major attack. The Pakistani military and militant groups could well be ­emboldened by a dawning US-Pakistan rapprochement over Afghanistan, along with President Trump’s remarks on mediation.

If the Taliban comes to power in Afghanistan with Pakistan’s backing, we can certainly expect an attempted repeat of the armed insurgency of the 1990s and should take pre-emptive action to strengthen...