How saffron, coloured by patient irony, separates the strands of the holy and unholy on the table of human history 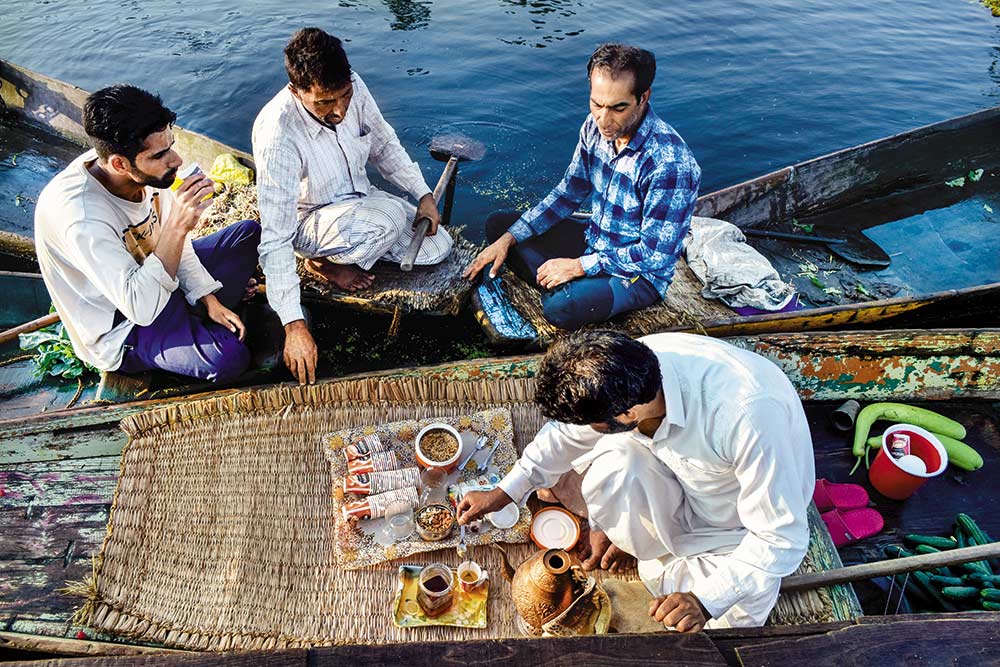 Saffron kahwa Tea is served to vendors at Srinagar’s floating vegetable market on the Dal Lake
Photograph by Getty Images
Soity Banerjee December 26, 2019 00:00 IST Saffronisation Of Saffron Is Cause For Displeasure Of People Of All Faiths

The Crocus sativus is a splendid botanical curiosity, and I wish to take nothing away from it. But it does have an annoying habit of stirring up a tsunami in a kahwa cup. Even the English language bleeds, dyes and stains its character, accusing it, rather liberally, of colouring food, faith and folly in moral monochromes. I do no such thing, of course. And yet, the story of saffron is not easily told. So here’s a suitably obscure, theatrical episode to unpack its history for the flock.

Jobst Findeker was a marked man. An #anti-national in 15th century Nuremberg, who should have prayed for rain. Hard, heavy, heaven-splitting, hell-clogging rain. But the unlucky sod was no rainmaker, just a garden-variety thug. A thug who had escaped yet another outbreak of Black Death in the city, but not its saffron brigade. One that eventually tied him to a stake and set him on fire in 1444. Him and his ‘precious’ load of ersatz zafaran, all up in cautionary, odourless, mockingly ora­nge-red flames.

In Nuremberg, adulterating saffron was the ultimate breach of...