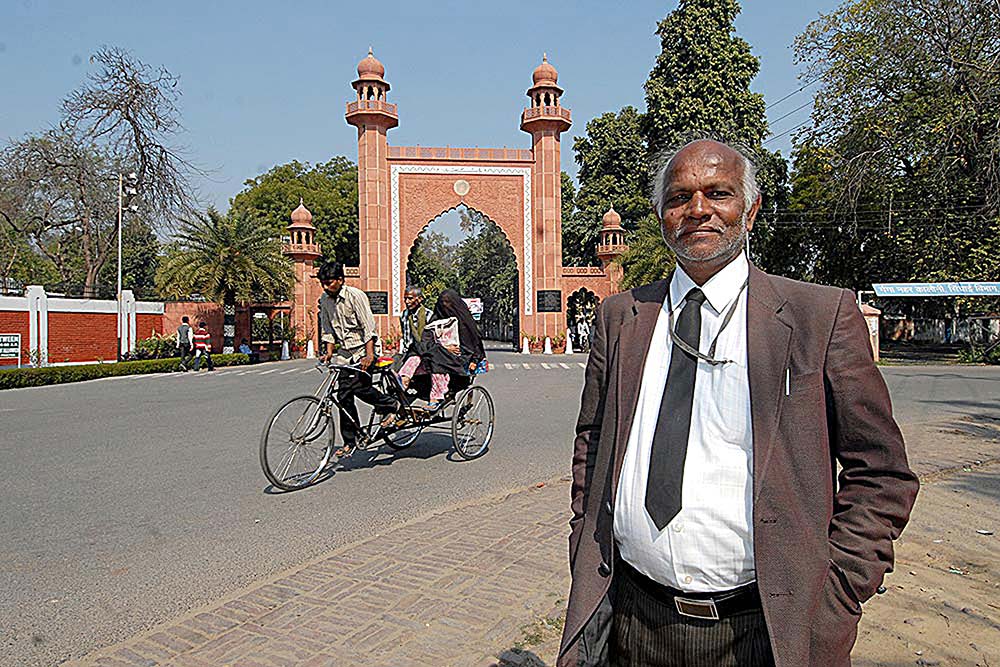 The memory of him walking down the street—ruffled shirt and trousers loosely hanging over a gangly body, worn-out sandals, jhola on the shoulder, a leisurely pensive walk—continues to haunt me. A lonely, pathetic figure after the suspension order from the university. I wondered what was on his mind, what his plans were, how deeply had the recent events affected him. The street with potholes wore a deserted look—dry leaves and torn pages blowing in the wind, hardly any traffic or people—and was acutely depressing. In retrospect, the foreboding of a pending tragedy.

Two days earlier, a colleague in his dep­artment phoned me late in the even­ing and told me that some journa­lists had forcefully entered Siras’s home. He was found with his partner, a rickshaw puller, in an intimate position. Photographs were taken and public shaming was planned. At the time, the university proctor and public relations officer were dining in the guesthouse some two hundred yards away. I immediately contacted Siras to verify and comfort him, only...