In India, people have lost faith in the university. We need to have more trust between nation and university, writes Professor Saikat Majumdar 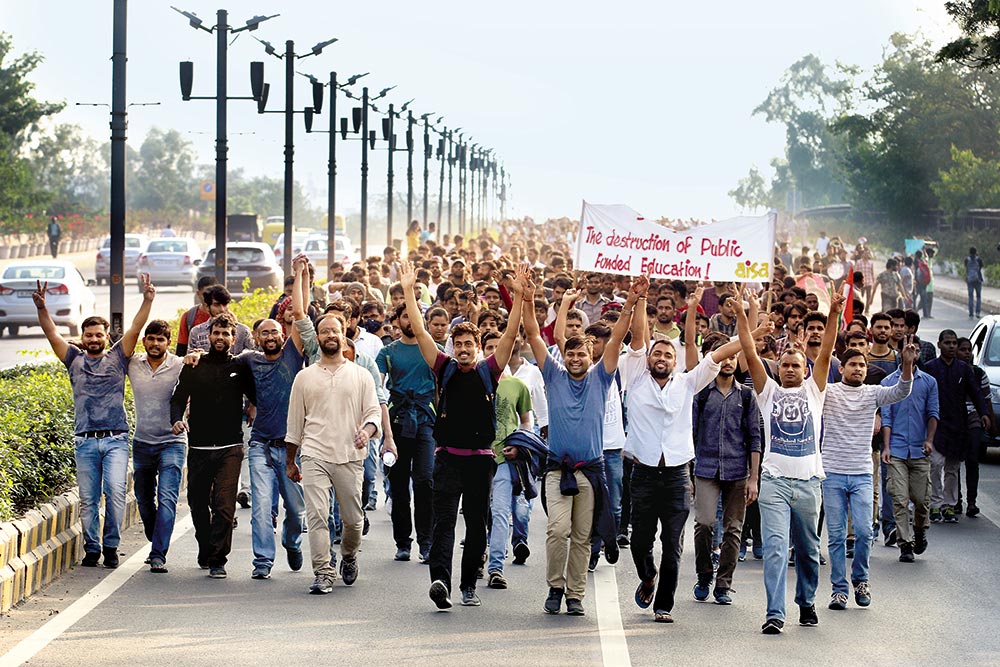 There are three universities – Jadavpur, JNU and Hyderabad – that are markedly different from the colonial universities like the original three set up in 1857 in the British Presidencies – ones in Calcutta, Madras and Bombay, as well as later ones set up in the colonial model: Allahabad, Delhi, Punjab. And a whole narrative about these three universities being the den of iniquities is being pushed. The universities set up by the British were more or less premised on examination and rote learning. But these three are very different and perhaps the best that we have.

Higher education in India was very subsidized under Nehruvian model and JNU had been the most visible beneficiary of the policy. Even though the primary school system in India has essentially collapsed, we managed to create and sustain a higher education system where you could get very good education for very little.

And at JNU, people from really disadvantaged sections of society have been coming to study. With a sudden and steep hike in fees, a lot of students are going to be excluded....