They Need No Saviours, They Are the Saviours: What the Resolute, Unafraid Presence of Muslim Women Tells Us

Leave aside other possible outcomes. If we see the anti-CAA movement as an act of self-representation by Muslim women, it is already successful, writes academician Ghazala Jamil 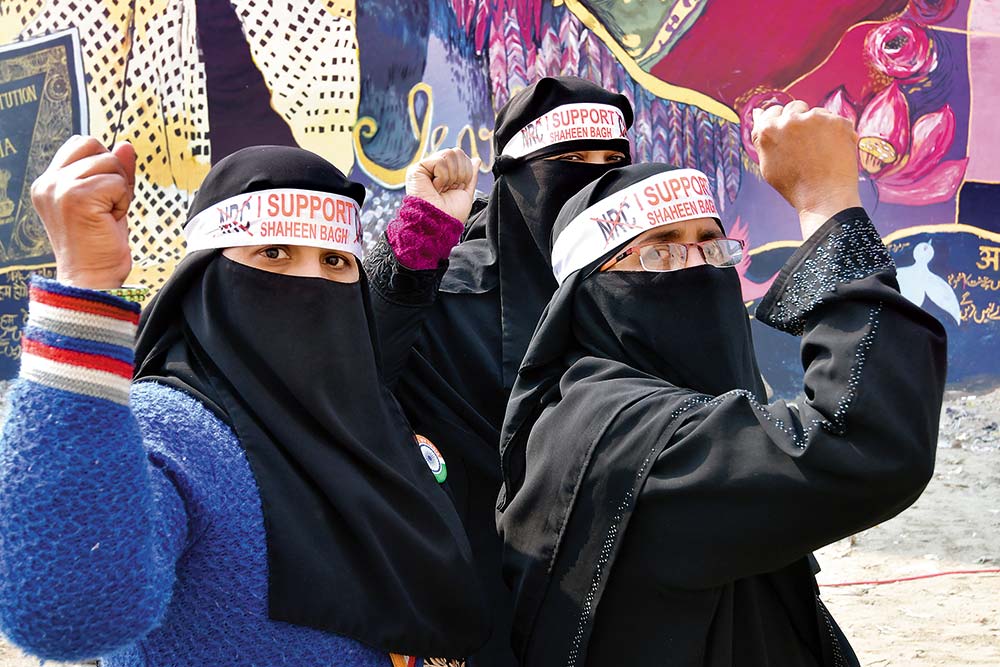 United They Stand
Muslim women have been at the forefront of anti-CAA/NRC protests, from Shaheen Bagh to...
Photograph by Tribhuvan Tiwari
Ghazala Jamil February 06, 2020 00:00 IST They Need No Saviours, They Are the Saviours: What the Resolute, Unafraid Presence of Muslim Women Tells Us

Many Indians would know what I mean when I say that, by the time I reached the last month of 2019, I had exhausted the energy to keep up with the news of spreading communalism (and ‘news’ that spread communalism). The widely prevalent references to Nazi Germany and concentration camps to discuss the ­impending statelessness of millions of Indian Muslims was disconcerting on many counts. Honestly, it was devastating to have to come to terms that a vast majority of Indians were so full of hate that they did not care if a section of their compatriots were disenfranchised or condemned to an even worse fate. Or to have to acc­ept that Indian Muslims were considered sitting ducks who could be dep­orted en masse to detention camps without a whimper—as a famously told chronology would have it.

But that’s when the protests began. It began the day the Citizenship (Amendment) Bill 2019 was passed in the Rajya Sabha—first, Jamia Millia Islamia (JMI), a central university in Delhi, spoke up. Women students marched out of their hostels, braving...