Killings in police encounters affect the credibility of the rule of the law and the administration of criminal justice, says former Supreme Court judge KTS Tulsi 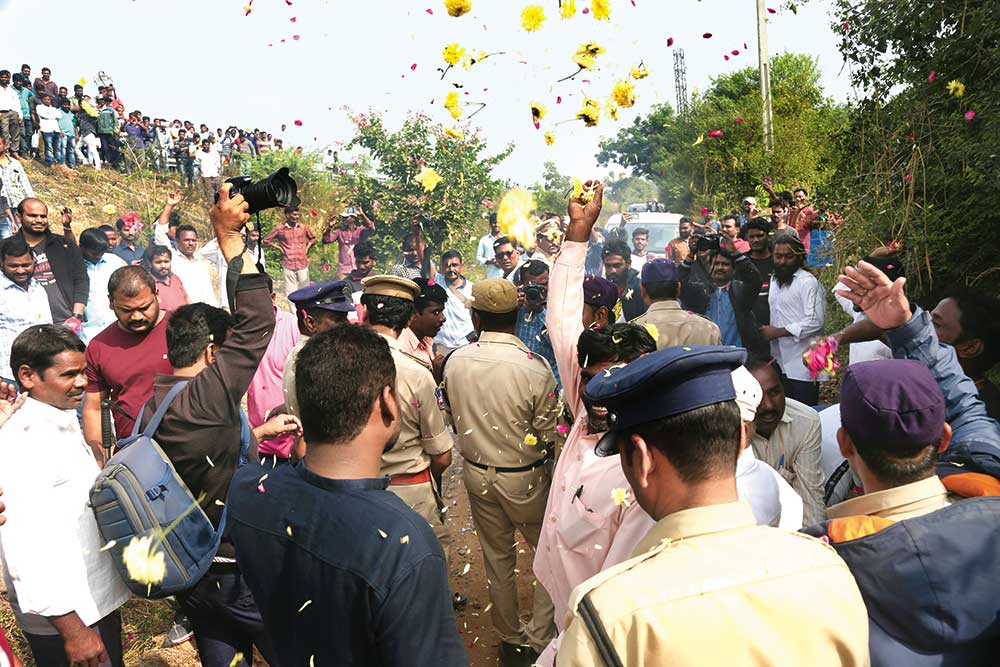 Saying It With Flowers
Police and public at the Hyderabad rape and encounter site
Photograph by AP
K.T.S. Tulsi December 12, 2019 00:00 IST OPINION | Fear Of Law Has Evaporated As Cases Of Lynching Have Become Regular And Brazen

It is difficult to express dissent after the hysteric euphoria around us over the encounter killing of four people alleged to have committed the dastardly rape and murder of a young veterinarian in Telangana. The primary reason to ­disagree with this jubilation is that mob rule is an antithesis of the rule of law. Whether it is a police officer or another public servant, no one has the licence to kill.

The place as well as the time of the encounter is not in doubt. But what is in doubt is whether there was a need to kill them at all. For that, we will have to wait for scientific evidence, which will determine the distance from which the bullets were fired, whether the entry wounds are in the front or at the back, and whether their hands were tied or not. The police will also have to answer as to why they were not handcuffed because this kind of attempt to snatch weapons was entirely foreseeable. Forensic evidence will also show how many weapons were involved in the shooting; even if two weapons had been snatched, the police still had eight weapons and 10 able-bodied...