OPINION | Cops As Private Armies Of Politicians? Worth Surveying Citizen's Trust In Police

The obligation of the police is not only to control crime and maintain peace but to do in an unbiased and even-handed manner, writes Vipul Mudgal 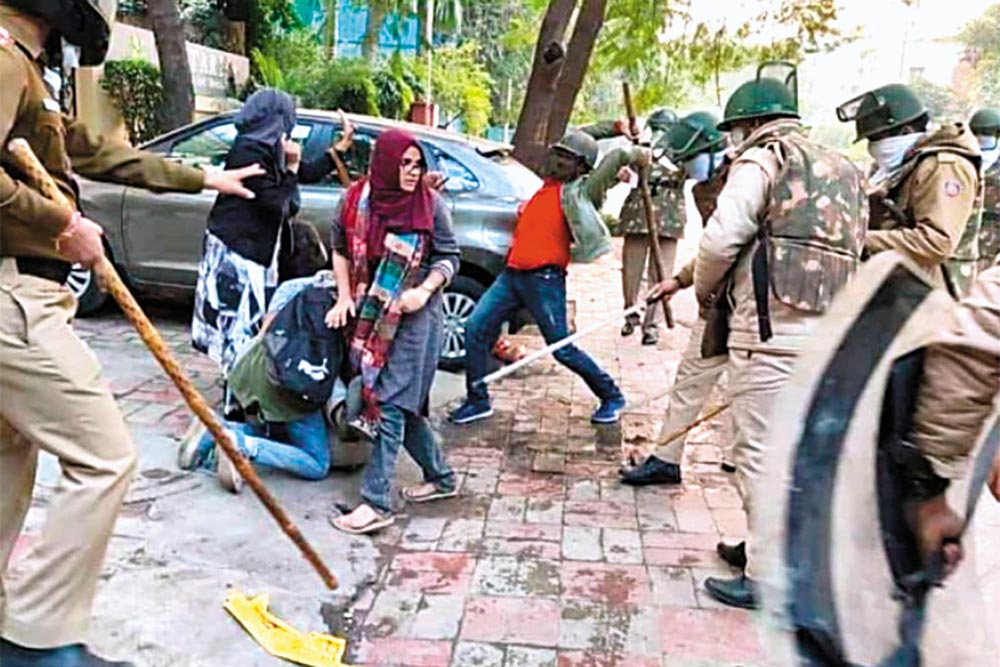 Who Is That Man!
Three girl students of Jamia Millia Islamia shield their friend as a lathi-wielding man in plain clothes target him in the presence of police personnel—a frame that raises questions

A disturbing template of policing is emerging in India: one of selective and disproportionate action against some, deliberate inaction against others and collusion with a section of troublemakers. All these at the cost of neutrality and fair play. If there is something ominous about the way the police have tackled recent protests in some states, it is this: India cannot stay united and democratic if its police lose their sense of detachment and professional integrity and the criminal justice system works only for some.

In a functioning democracy, it is not easy, even for the compromised elements among the police, to wreck the public order which they are duty-bound to protect. But it may happen, as we are learning, when the police forces are made to work as private armies of politicians in power. When revenge, rather than restitution, is the guiding principle of reinstating public order, it is not unusual to blame the victim for the violence while the perpetrator walks free. Is this what is happening to India of 2020? Are the police forces working for the rulers of the day...