Opinion | By Destroying J&K, The Gulf Between 'This Part' And 'That Part' Of India Has Only Widened: Yashwant Sinha

BJP has gone back on its commitment to the people of Jammu and Kashmir. Atal Bihari Vajpayee's doctrines of Insaniyat, Kashmiriyat and Jamhuriyat have been forgotten, writes Yashwant Sinha 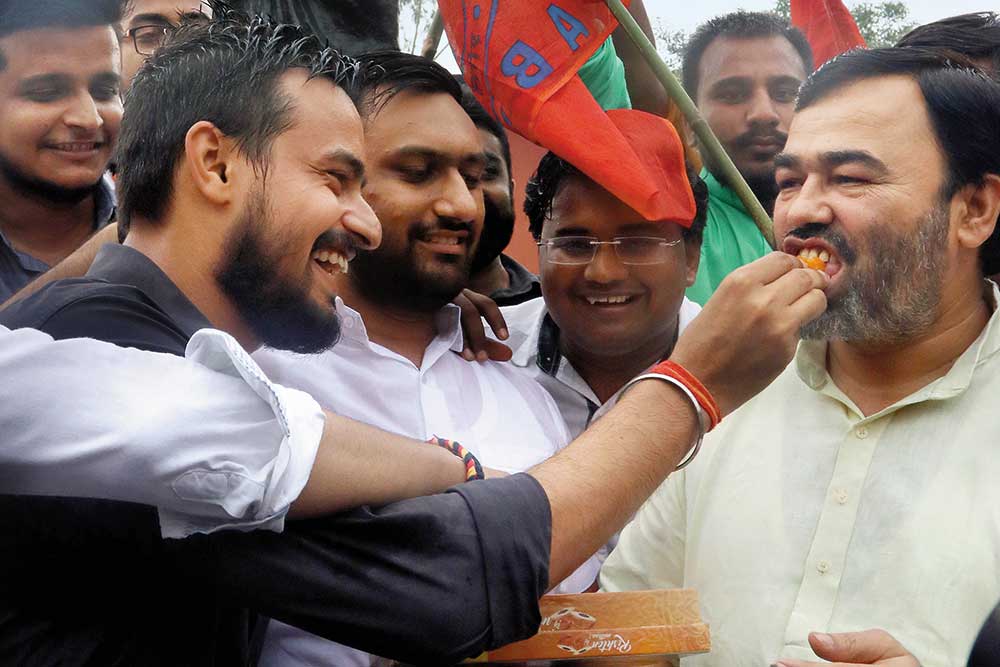 Photograph by Suresh K. Pandey
Yashwant Sinha August 08, 2019 00:00 IST Opinion | By Destroying J&K, The Gulf Between 'This Part' And 'That Part' Of India Has Only Widened: Yashwant Sinha

I am apprehensive about the future. In one stroke, everything is finished. Instead of Jammu and Kashmir, we have two Union territories now and the Valley appears to be under martial law. More telling is the stark difference in the reactions coming from Kashmir and the rest of the country after the Modi government ended the special status of the state by scrapping Article 370. People in the Valley are crestfallen, but in other parts of India, sweets were distributed and saffron flags and the tricolour were paraded to celebrate the ‘momentous’ occasion.  This ­underscores the gulf ­between ‘that part’ of India and ‘this part’, and does not augur well at all.

If the government’s decision were a welcome step and in the ­interest of Kashmir’s populace, why do we have a lockdown there? Why did the government rush 38,000 troops there? I ­believe it has taken this step to win upcoming state elections.

Successive regimes in Delhi have made many mistakes in dealing with Kashmir. It was only Atal Bihari...