Op In No Position

It’s advantage BJP in UP as rivals Congress, SP and BSP struggle to shrug off their inertia 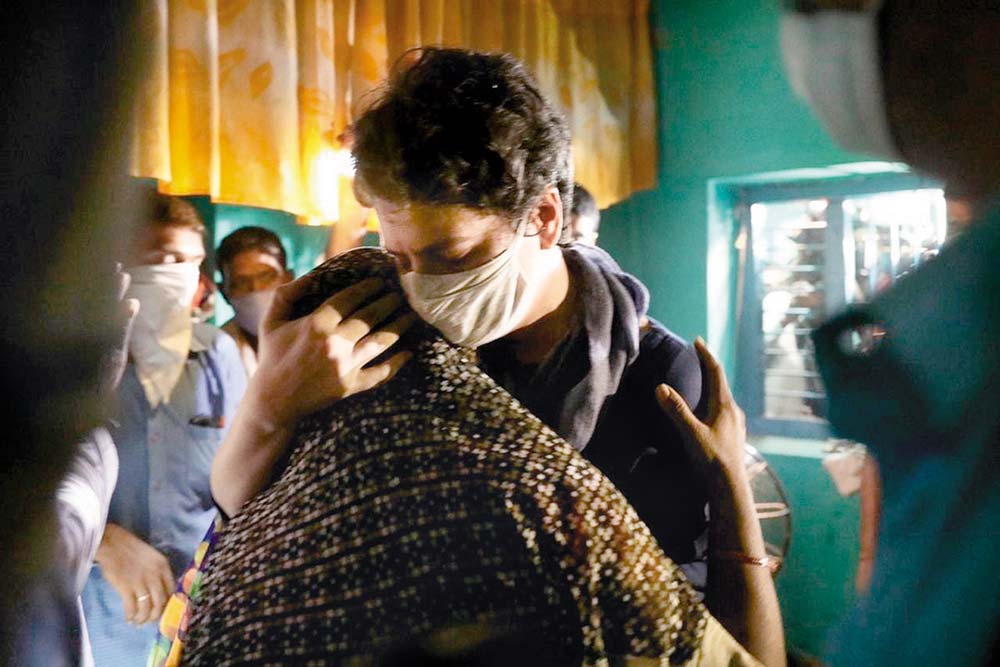 Poor administration, deteriorating law and order, crimes against women, rising unemployment or caste and communal unrest—Uttar Pradesh isn’t a stranger to any of these. Successive state governments have struggled to reverse this perception, and failed. The National Crime Records Bureau places UP among the top five states in almost all categories of heinous crime—rape, murder or crimes against the scheduled caste. Take the Hathras case as an instance. A 19-year-old Dalit woman was allegedly gang-raped and strangled by four upper-caste men and she died in a Delhi hospital. Another 22-year-old Dalit woman was gang-raped in Balrampur days later. Soon after, three minor Dalit sisters were attacked with acid by an unidentified man in their home in Gonda. Yet, with 17 months to go before the UP assembly elections, there’s no sign of anger among the masses against the government. Why? Is it because there’s no Opposition to help the people ventilate their anger? Where is the Opposition in the state famous for its acutely political...