Of Two Bosom Friends When Death Beckoned On A Highway

Off-loaded from a truck on a dusty MP road, Mohammed Saiyub did everything to save his childhood friend Amrit Kumar, but only just … 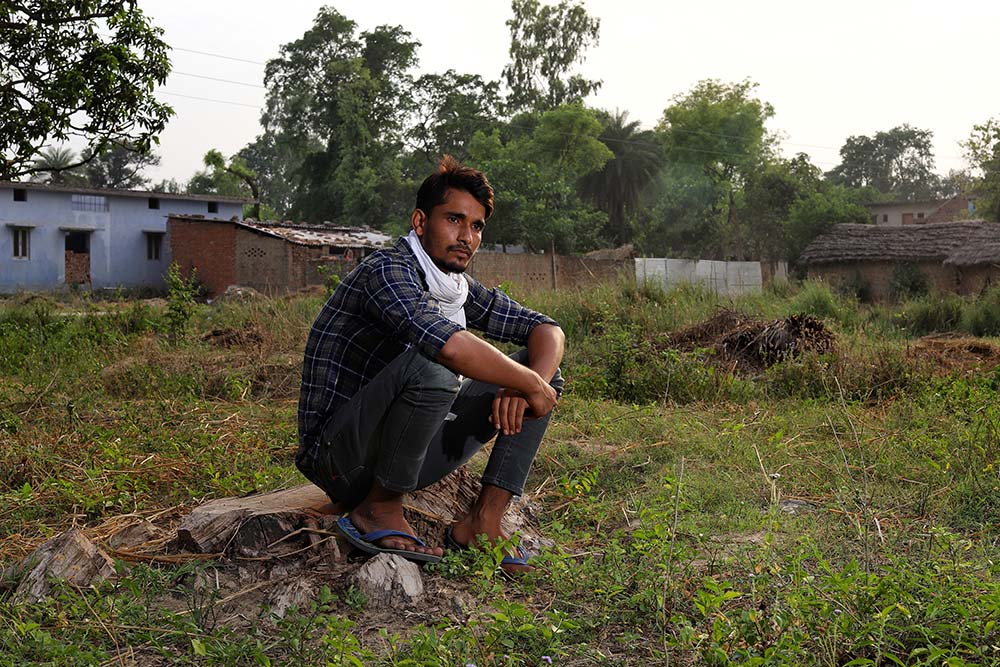 Photograph by Suresh K. Pandey
Salik Ahmad May 29, 2020 00:00 IST Of Two Bosom Friends When Death Beckoned On A Highway

It was the morning of May 15. Mohammad Saiyub (22) and Amrit Kumar (25) had been travelling atop the roof of a truck for over a day. They were returning from Surat in Gujarat, where they worked in a textile unit, to their village Devari, 1,500 km away in Uttar Pradesh’s Basti. Amrit had developed a raging fever; his condition deteriorated as the blazing day wore on. The prolonged exposure to the sun had caused a heat stroke.

“He lay with his head in my lap. His body was burning, I could feel the heat,” says Saiyub. He told his friend to hang in there and that they’d find a doctor somewhere on the route. But, seeing Amrit’s condition, other passengers in the truck started growing uneasy. Suspecting that Kumar was a COVID-19 patient, they told the driver to get rid of him. Saiyub insisted that they be dropped near a hospital at least. But the frayed nerves ranged against him were overpowering, their demand heartless. The two were dropped about 50-60 km from the district hospital in Shivpuri, Madhya Pradesh.