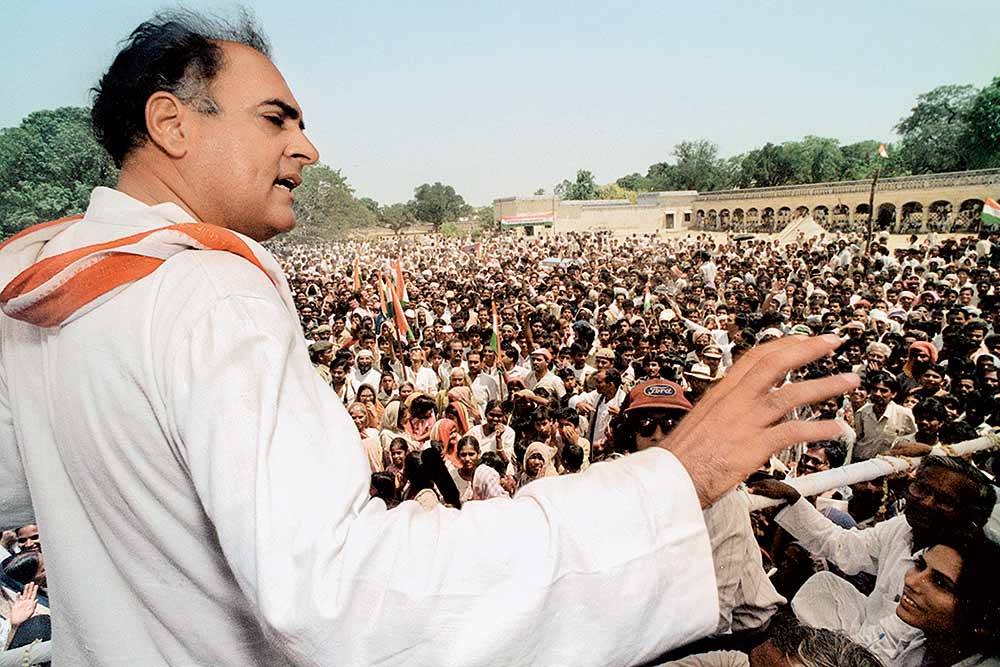 Rajiv Gandhi at a 1989 election rally in Faizabad. His unlocking the disputed site at Ayodhya in 1986 led to the shilanyas.

On November 9, soon after the Supreme Court decreed Lord Ram to be the legal title hol­der to his supposed Janmabhumi at Ayodhya, the Congress party rushed in to take some credit for resolution of the dispute. Two days later, the party top brass was seriously consi­dering extending support to a possible government in Maharashtra led by the Shiv Sena; a plan not readily acc­epted as party chief Sonia Gandhi believes that the electoral price for such an alliance will be steep.

The two events—even if the latter did not reach fruition—may be unrelated, but they signal a political duplicity from India’s electorally beleaguered Grand Old Party that often accuses its nemesis, the BJP, of the same affliction. The party’s unambiguous endorsement for construction of a Ram Mandir at the site of the demolished Babri Masjid and the fact that it was considering joining forces with a rabidly right-wing Shiv Sena demonstrates a readiness for political and ideological compromises if they can assure concrete benefits.

This adoption of realpolitik...