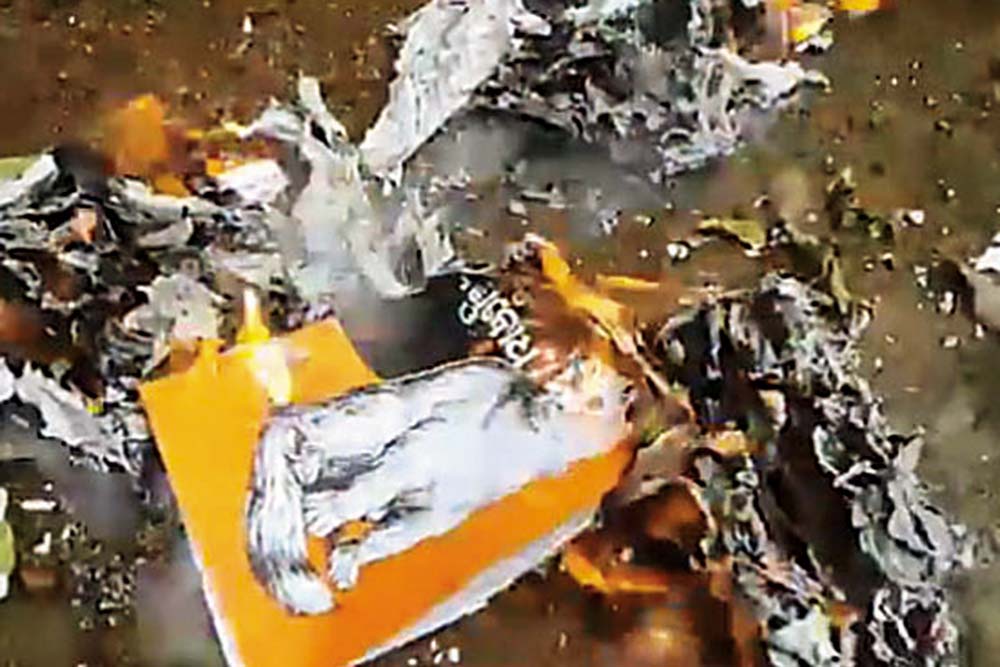 The burnt copy of Madhu Barnabodha

The fissures have been lurking beneath the surface since Independence. All it needed to burst into the surface was a mischievous video showing the burning of Madhu Barnabodha, the gra­m­­mar primer written by eminent Odia poet Bhaktakabi Madhusudan Rao that has initiated generations into the language. The year-old video was sha­red on Facebook, on Independence Day, by a group based in western Odisha that refuses to accept Odia as its mother tongue and is fighting for recognition of Koshali, the language spoken in the region.

Predictably, this caused a fur­ore, with Odia writers and intelligentsia  up in arms against this wanton sacrilege aimed at a lan­guage that is one of only six Indian languages to have the ‘classical’ tag. What enraged them in particular was the use of a photograph of Padma Shri Haladhar Nag, the eminent Koshali folk poet, on the cover of the Facebook page on which the video was shared. A bitter ‘language war’ broke out, primarily on social media, between...