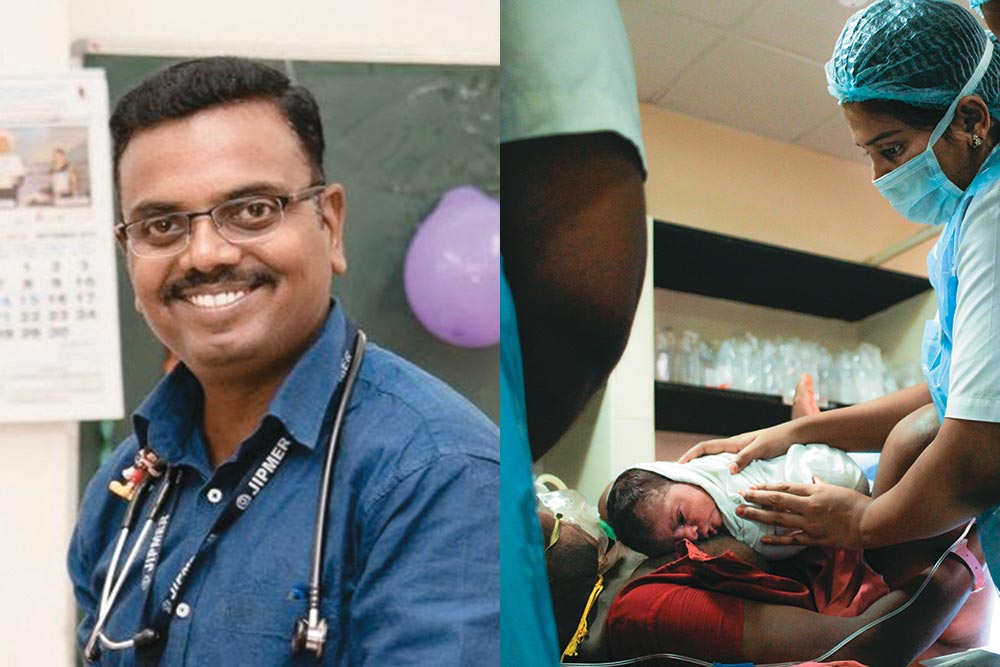 When Dr B. Adhisivam, a senior neonatologist at JIPMER Hospital in Pondicherry, found there was a  crucial time gap between when a mother delivered a baby and the time she first breastfed it, he hit up on a novel intervention to cut down the minutes in this golden hour after a baby’s entry into the world.

He deputed a dedicated nursing student present in the labour room as the Bonding Angel, whose sole job for the day was to initiate breastfeeding soon after delivery. The Bonding Angel would ensure the mother held the baby in the correct position and there was perfect attachment for the newborn to suckle without interruption.

“We often found that mothers would have unknowingly shifted the baby det­aching its lips from the nipple. But our nursing student, who would be the Bonding Angel for the day, would make sure there was no slippage. With over 1,500 deliveries every month the nurses in the neonatal ward were stretched and could not supervise this crucial exercise between a mother and the newborn,” Adhisivam says.