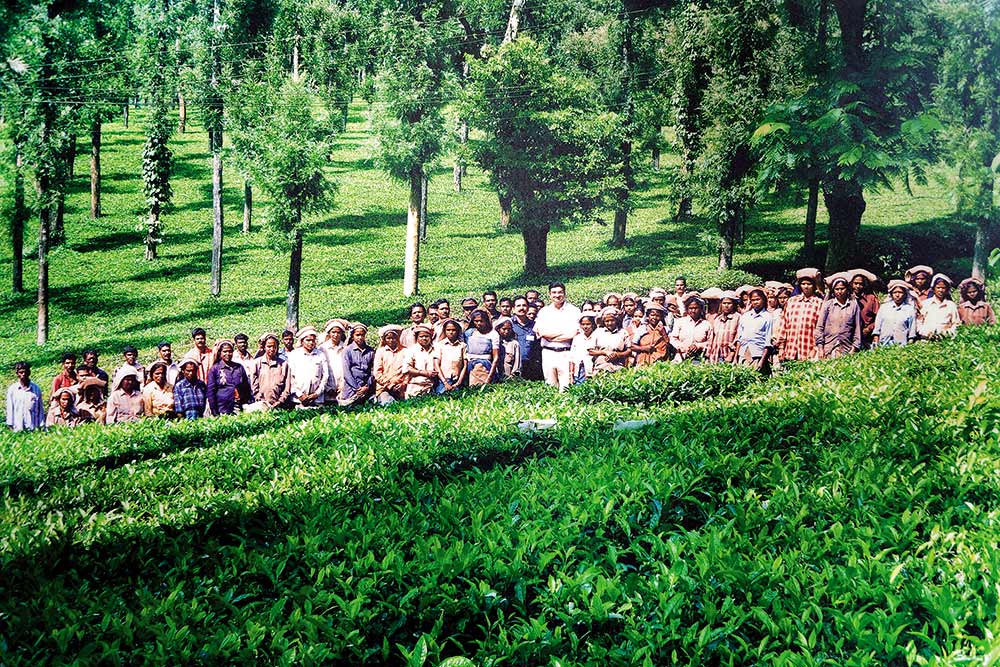 Tea And Me
Prasanth Nair with garden workers

It didn’t need much by way of reading tea leaves for Prasanth Nair to divine what ailed the workers at Priyadarshini Tea Estate—a government venture to rehabilitate indigenous Panniyar tribal families freed from bonded labour at the plantation in Wayanad. Nair—who held additional charge as managing director of the estate after taking over as sub-collector in August 2009—had been clearing a high number of medical reimbursement requests.

“Anaemia was endemic as were tuberculosis and other diseases. I realised most of the workers suffered from malnutrition. They would work all day without proper meals. The women would often forego lunch since their homes were quite distant from the fields,” says Nair, 39. Worsening the situation was the state of “perpetual indebtedness” many families lived in as a result of predatory money-lending practices as well as rampant alcohol and substance abuse. Whenever there was a lockout—a regular occurrence, owing to mismanagement and corruption—families had to suppress hunger with...