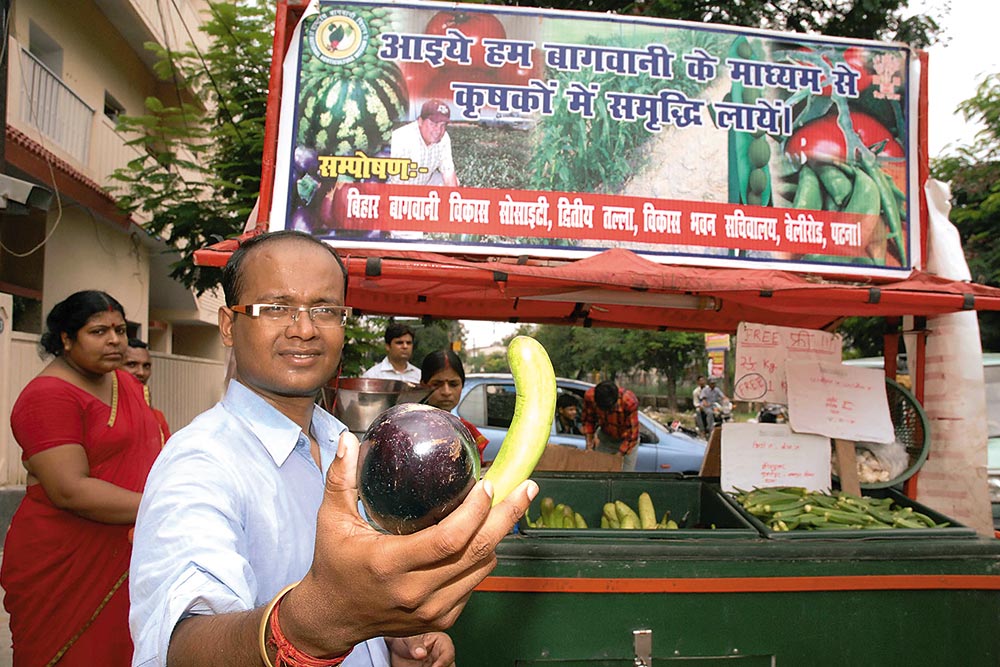 Many villages in Bihar stopped cultivation of chana (gram) four decades ago. They have resumed it now. In Nawada and East Champaran districts alone, more than 9,000 farmers began growing pulses again three years ago, thanks to Kaushlendra, a 39-year-old who had shot to fame as “MBA subziwallah” about a decade ago. “Local farmers thought they were better off cultivating only paddy and wheat, but we made them aware of how growing protein-rich pulses could also help fight off the menace of protein malnutrition.”

Kaushlendra has come a long way since he revolutionised the way vegetables were sold in customised pushcarts. When his parents took a loan of Rs 5 lakh for his management course at IIM-Ahmedabad, they hoped he would settle down with a cushy job with a multinational. But his heart was set on something else: turning Bihar into India’s vegetable capital and creating job opportunities for unskilled people at the grassroots.

A native of Ekangarsarai in Nalanda district, he set up a farmers’ cooperative after graduating from IIM-A...