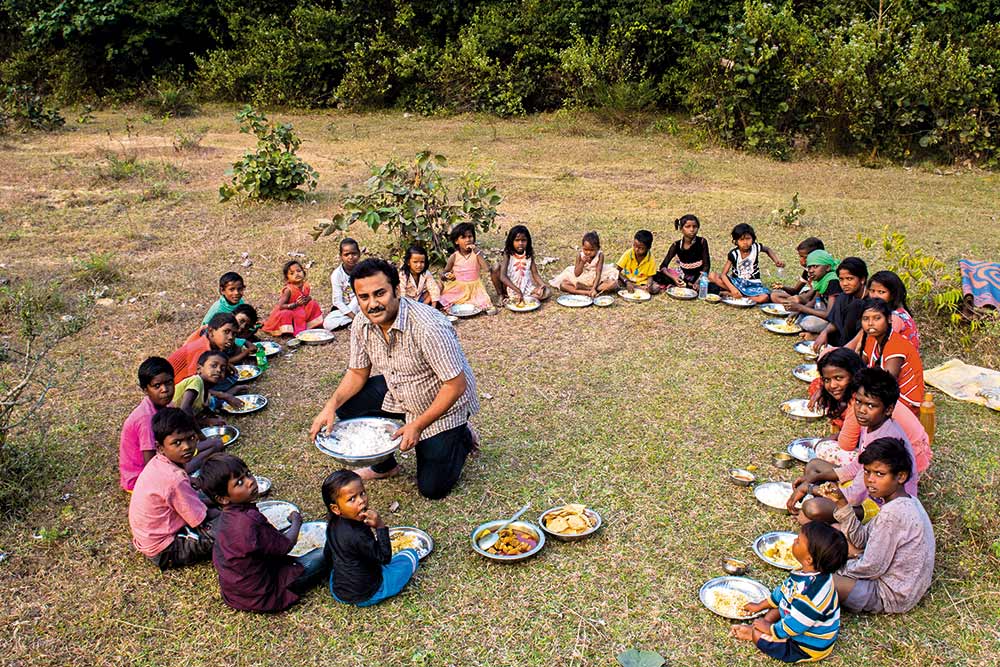 It was July 6, 2015, eight-year-old Srideep’s birthday. His parents, Chandrima and Cha­­­­ndra Sekhar Kundu, had splurged on a party for him. In the end, there were masses of leftover food that even the cat­­ering men were unable to polish off. Much of it was trashed.

Later that night, Chandra Sekhar witnessed a scene that changed his life: two children rummaging for food in a garbage dump. One stood guard with a stick to fend off stray dogs; the other foraged the heap. On closer look, he realised, they were having biriyani—polishing off the rice and storing bits of meat in a plastic bag, to savour later. Stricken with remorse, Chandra Shekhar brought them home, gave them something to eat, but could not sleep that night.

On the internet, he chanced upon some shocking stats: One-third of the world’s hungry and malnourished live in India, yet India wastes 40 per cent food produced. That means, Rs 89,060 crore worth of food a year, or Rs 244 crore a day. Compared to that, the Centre’s mid-day meal scheme, covering 12...